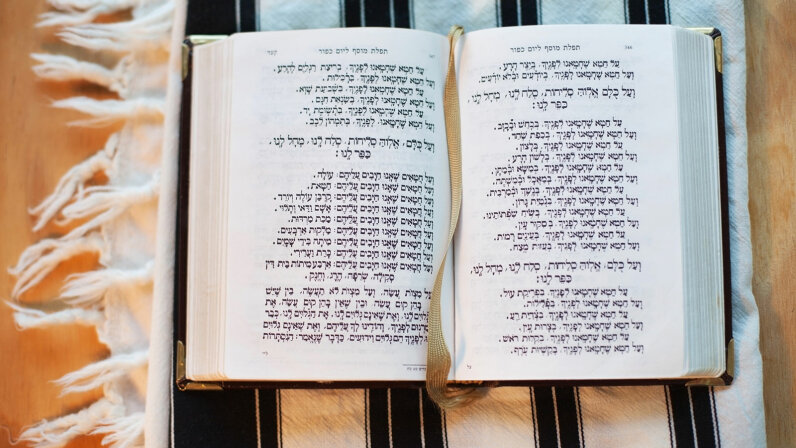 If you've read our article about Rosh Hashanah, then you know that it is one of two Jewish "High Holidays." Yom Kippur, the other High Holiday, is often referred to as the Day of Atonement. Most Jews consider this day to be the holiest day of the Jewish year. Often, even the least devout Jews will find themselves observing this particular holiday.

Let's start with a brief discussion of what the High Holidays are all about. The High Holiday period begins with the celebration of the Jewish New Year, Rosh Hashanah. It's important to note that the holiday doesn't actually fall on the first day of the first month of the Jewish calendar. Jews actually observe several New Year celebrations throughout the year. Rosh Hashanah begins with the first day of the seventh month, Tishri. According to the Talmud, it was on this day that God created mankind. As such, Rosh Hashanah commemorates the creation of the human race.

Rosh Hashanah is often referred to as the Day of Judgement. One of the most prominent themes of the High Holiday period revolves around the symbolic "Book of Life." On Rosh Hashanah, Jews often say to one another, "May you be inscribed and sealed in the Book of Life." Being inscribed in the "Book of Life" brings with it the promise of a good new year. The belief is that on Rosh Hashanah, the names are written in the book and 10 days later, on Yom Kippur, the book is sealed. These 10 days are referred to as the Days of Awe.

The Days of Awe are a time of spiritual, emotional and physical cleansing. Jews are meant to reflect on the previous year, pondering their thoughts and actions and asking forgiveness for any transgressions they may have committed throughout the year. Because it is a time for introspective thought and prayer, many Jews abstain from entertainment and other pleasures during this time. Although this can be a solemn and somber period, it is also a time to rejoice in life and find hope for the coming new year. The Days of Awe and the High Holiday period give Jews the opportunity to put the sins of the previous year in the past, and move forward having received God's forgiveness.

The Day of Atonement

As the Day of Atonement, Yom Kippur recalls the story of when Moses came down from Mt. Sinai to find Aaron and the Israelites making merry and worshipping the golden calf. Moses was furious that instead of praising God, his people were glorifying an idol. In the heat of anger, he hurled the Ten Commandments to the ground, breaking the tablets. Moses went back to Mt. Sinai seeking God's forgiveness for the Israelites' folly and requested another set of tablets. God forgave the sins of the people and, with a new set of tablets in hand, Moses returned to the Israelites on the 10th of Tishri with this to say:

And this shall be an eternal law for you. Each year on the tenth day of the seventh month you must fast and do no work. This is true of the native born and of the convert to Judaism who comes to join you. This is because on this day you shall have all your sins atoned, so that you will be cleansed. Before God you will be cleansed of your sins. It is a Sabbath of Sabbaths to you, and a day upon which you must fast. This is a law for all time. (Leviticus 16:29-31)

A Jew's life depends on whether or not he or she makes the decision to make amends during the High Holiday period through the means of teshuvah (repentance), tzedakah (charity), and tfiloh (prayer). 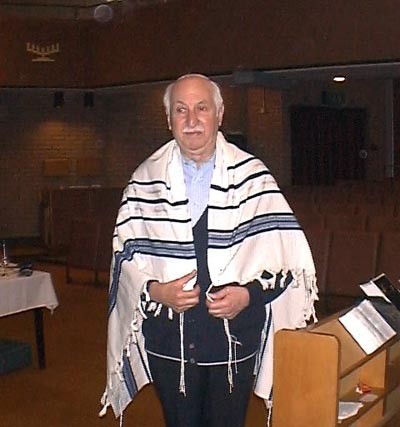 This gentleman wears a white yarmulke and a prayer shawl (a tallit).

According to the Talmud, the celebration of Yom Kippur can atone only for sins between man and God. To atone for sins against another person, you must speak with that person and seek a reconciliation. At the very least, you must apologize for your actions and if possible, right whatever wrong you committed against them. This must be accomplished during the Days of Awe, prior to the onset of Yom Kippur.

In addition to teshuvah, the High Holiday period is a time for increased generosity and tzedakah. One ancient custom, known as Kapparot, is observed on the morning prior to Yom Kippur. Not all Jews follow this custom. The actual practice has changed over the years, but the meaning behind it remains the same -- it's an act of penance for committed sins. To perform Kapparot today, you take a handkerchief or small cloth sack filled with money -- symbolizing compensation for your sins -- and swing it around your head (as if offering it up to God) while reciting a short prayer. Once you've performed the ritual, you give the money to charity.

Yom Kippur is said to be the "Shabbat of Shabbats" -- the Sabbath of Sabbaths. As such, there is to be no work done on this day. There are other restrictions, as well. Unless health dictates otherwise, Yom Kippur is observed by a 25-hour fast that begins prior to sunset on the evening before Yom Kippur and ends shortly after nightfall on the day of Yom Kippur. During this time, you are not allowed to consume any food or beverage, including water. According to the Talmud, the fast also includes abstention from:

To prepare for the fast, a meal much like a traditional Sabbath meal is served. They say a blessing over the Challah, a special bread that also accompanies the celebration of Shabbat, and after the meal they light the candles with an accompanying blessing. The candle lighting and the Challah blessing are both traditional acts that "bring in" the Sabbath and other holy days. 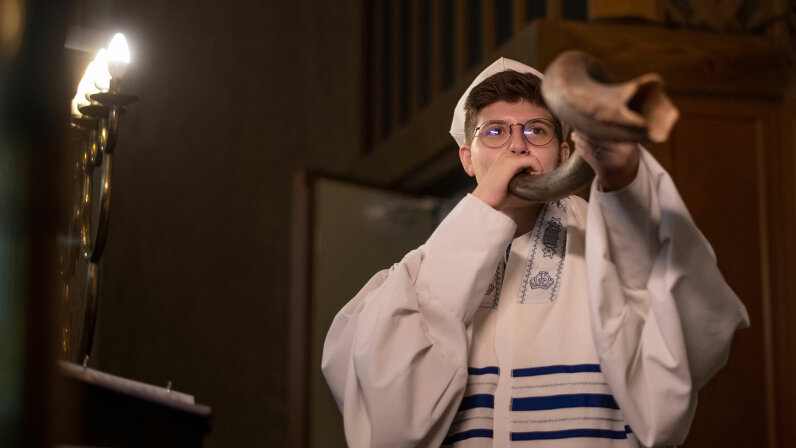 A departure from the "standard" weekly Shabbat services held on Friday night and Saturday morning, the High Holiday services are unique in many ways. High Holiday services are longer than Shabbat services, often starting earlier in the morning (as early as 7:00 or 8:00 a.m.) and lasting well into the afternoon. For Yom Kippur, a short break is generally taken before the afternoon and evening services begin. A special prayer book -- called the Machzor -- is used for Yom Kippur (and Rosh Hashanah) services. The Machzor contains the specific prayers of the high holidays and further sets this time apart as especially important.

During the 24-hour period during which Yom Kippur is observed, there are five services:

The first service, Kol Nidrei, begins just prior to sunset, when the sun is still on the horizon. Men don woolen prayer shawls, known as tallit, for Kol Nidrei services. This is significant in that tallit are not customarily worn for evening services. Translated as "all vows," the Kol Nidrei service begins with the cantor and the congregation stating the Kol Nidrei prayer three times. It relieves you of any vows or promises you have made to God during the previous year that you may not be able to keep in the coming year.

To repent, one must confess — Viduy, or confession, is an integral part of Yom Kippur services. The two types of confession, Al chet and Ashamnu, help Jews consider their transgressions. The sins are recited and expressed in plural form ("We are guilty of 'X'...") so that the individual and the community can repent and seek forgiveness at once. Slichot (penitential prayers) are also recited at the first service and throughout the observance of Yom Kippur.

The morning service, Shacharit, starts early, and prayer continues throughout the day. Following Shacharit and prior to Musaf, mourners recite a special memorial prayer, the Yizkor ("May God Remember"), and vow to make a charitable donation (tzedekah) in memory of their departed loved ones. Usually, Jews light a Yarzheit candle before Kol Nidrei services to remember those who have died, and let it burn until the following evening, when sunset signifies the end of the Yom Kippur holiday.

The gates (of heaven) are "opened" at the onset of Rosh Hashanah, opening the communication of man's sins to God. The celebration of Yom Kippur ends with Neilah, which means "closing the gate." The Ark remains open during this entire service, indicating that the gates of heaven are open to these final prayers. Because the Ark stays open, it is customary for the congregation to remain standing throughout Neilah. It is at this time that Jews make their final plea for forgiveness, asking that God seal their names in the "Book of Life" and so bring them the promise of a good new year.

Neilah concludes with a lengthy, loud blast of the shofar as the congregation exclaims "L'shanah habaah bi'Yerushalayim" -- "Next year in Jerusalem!"