Who Came Up With Mother's Day and Why? 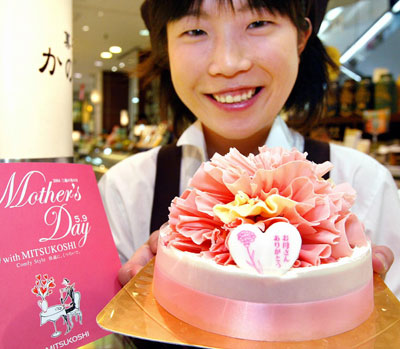 Mother's Day is celebrated in many countries, including the United Kingdom, the United States, Denmark, Finland, Italy, Turkey, Australia, Mexico, Canada, China, Japan and Belgium. The day is used by children and husbands to honor mothers and grandmothers for all that they do in raising children.

Some historians claim that Mother's Day originates from ancient spring festivals dedicated to maternal goddesses. Greeks honored Rhea, wife of Cronus and mother of the gods and goddesses of Greek mythology. Ancient Romans had a spring festival dedicated to Cybele, also a mother goddess. Called Hilaria, this celebration lasted for three days and included parades, games and masquerades.

A more modern version of Mother's Day began in the 1600s in England. Mothering Sunday was celebrated on the fourth Sunday of Lent. Small gifts were given, and a special dessert called a simnel cake was served.

In the United States, Mother's Day was first suggested in 1872 by Julia Ward Howe (famous for writing the words to the "Battle Hymn of the Republic"). But it was a woman who was never a mother herself who led the campaign for national recognition of Mother's Day.

Anna Jarvis held a ceremony in 1907 in Grafton, West Virginia, to honor her mother, who had died two years earlier. Jarvis' mother had tried to establish Mother's Friendship Days as a way of dealing with the aftermath of the Civil War. Anna Jarvis began a campaign to create a national holiday honoring mothers. She and her supporters wrote to ministers, businessmen and politicians, and they were successful in their efforts.

Unfortunately, Jarvis became bitter over the commercialization of the holiday. She filed a lawsuit to stop a 1923 Mother's Day event and was even arrested for disturbing the peace at a mother's convention where white carnations were being sold. Jarvis never married and never had children. She died in 1948.

Mother's Day continues to be a very commercial holiday in the United States. Flowers, candy and cards are typical gifts, and phone traffic is especially high on the second Sunday in May.

­ For more information on Mother's Day and related topics, check out the links on the next page.

5 Cool Ideas for Pumpkin Art
Why is there a controversy surrounding the word 'Xmas'?
How Halloween Works