Who is the modern crafter?

In the 21st century, crafting has become a popular mode of self-expression and a big small-time business industry.
Taxi/Troy Aossey/Getty Images

Crafting goes back centuries, from the human-hair bracelets traded by Victorian women to the institution of quilting as a staple in Amish homes. Martha Stewart built an empire on it. Etsy built an online community dedicated to it. Giant chain stores are stocked for it.

The practice of crafting is multifaceted. It may be a form of utilitarian art; a practice in self-discovery; a way to pass the time; a business pursuit. Crafters create useful objects like quilts or knitted legwarmers or chairs made into clocks, and purely decorative pieces like batik tapestries or sculptures made from old plumbing.

Once seen mostly as the realm of artsy women at kitchen tables, crafting has burgeoned into a full-blown industry with a much broader make-up. Who, then, is the modern crafter?

Almost anybody, it turns out. The many crafters of the 21st century are a heterogeneous group. Still, all of them have at least one trait in common, and modern crafters, in this way, are a lot like crafters centuries ago.

They create, and for one simple reason ... 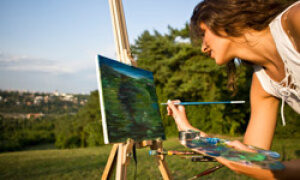 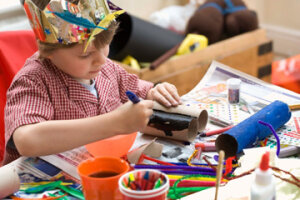