10 Things Your Caterer Doesn't Want You to Know 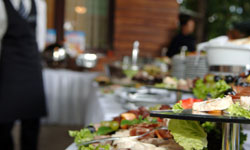 It's a gorgeous spread, but what is he not telling you?
©iStockphoto.com/webphotographeer

Here's the good news: In general, there's a lot less funny business that goes on behind the scenes at a catering gig than what happens behind closed doors in restaurants. Since caterers know exactly what they're serving to an exact number of people months in advance, they don't have to cut as many corners, use as many tricks or desperately improvise as chefs do from time to time in restaurants.

But that doesn't mean that caterers don't have any secrets. Read on for 10 things yours may not want you to know.

You want dry-fried chicken wings for your daughter's graduation party? Wonderful, your caterer has always wanted an excuse to learn how to make them. But he's not necessarily going to tell you that -- it looks unprofessional and might cost him the job. Besides, how bad could the wings be? Congrats on being the first taste tester!

The More the Merrier? 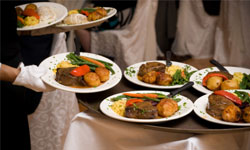 Doing the math is a big part of catering. Knowing the right markups, figuring out how many bottles of wine a table of five needs over the course of an hour, and staffing servers for a party of 100 are all par for the course.

This leads us to the question of how much staff is too much. Messing with staff ratios is probably a bad thing if you're getting charged extra for help that's unnecessary. But it could be very innocent -- maybe your caterer is trying to give his cousin who just got out of jail a leg up (he made some mistakes but is trying to turn his life around). On the other hand, understaffing means fewer servers and cooks but getting the same bill at the end of the evening.

Every Good Kitchen Has a Microwave

Running a catering service means walking a knife's edge to balance between attention to detail and efficiency. Too heavy on attention to detail means the radish rosettes and orchid centerpieces are beautiful, but hungry guests are going to have to wait for three hours while a sobbing, perfectionist chef throws irregularly sliced potatoes into the trash. Too heavy on efficiency, and you might as well be eating TV dinners. The best caterers have their kitchens (even the mobile ones) organized enough to never use a microwave as a crutch, but they still know when to bring the heat. 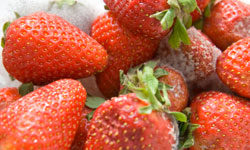 If you slice off the moldy bits and arrange them nicely, who will know?
©iStockphoto.com/wakila

Behind the closed doors of the kitchen, anything goes. Under the gun for time and trying to keep a hundred strangers from going hungry, it gets tempting to cut a few corners if no one is looking. Granted, we're not talking about rescuing a gloppy lump of bleu cheese that fell into the sink, but chicken cutlets hit the countertop, cutlery gets rescued from the floor, and the occasional thumb accidentally dips into the soup on the way out into the dining area.

But it takes five seconds for food that falls on the floor to get really germy, right? Right? Maybe just a quick rinse in the sink if nobody saw anything ...

It's About Flair, Not Flavor

The secret of a good catered event is in the presentation, not the food itself. For instance, acorn-fed jamón Iberico is the best of the best when you're looking for cured ham, but unless the catered event is a food critic and sommelier's convention, no one will probably notice if a regular prosciutto gets swapped in. The same goes for the rest of the food -- cooking high-volume is an industrial process where the love and art shows through in the presentation, not the flavor. Often the caterer's job is to make the food look so good that it doesn't matter what it tastes like.

Salad, the Cheapest of Thrills 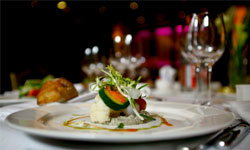 The appearance? Priceless. The cost? About $1.
©iStockphoto.com/AM29

In terms of cooking, a salad is just about the easiest thing a caterer can make. That doesn't mean it should be. While a good, homemade garden-fresh salad is a bit of an ordeal that involves chasing down ingredients and chopping properly, even conscientious caterers aren't necessarily going to hand-pick arugula and dandelion leaves. Most likely, that fresh-looking lofted salad spent the last week sealed in a bucket in a truck en route from Mexico. Just toss in a little feta, some crumbled walnuts, fan some apple slices on the side, and you're making five salads a minute that each cost less than a cup of instant ramen.

The Eggs Are Powdered

Scrambled eggs are a staple of any breakfast buffet. It's hard to find a buffet without at least one chafing dish full of the stuff, which is odd when you consider what a pain eggs are to have around the kitchen -- they roll away easily and break under the slightest pressure, and even a tiny, unnoticed raw egg spill can mean a serious salmonella contamination.

That's why nearly every time you see scrambled eggs in a buffet they're made from powdered eggs. Once dehydrated, eggs can be stored for years in much less space than in the shell, and the taste is ... tolerable. At least you have the honor of knowing that what you're eating is almost identical to the scrambled eggs soldiers ate during World War II.

In-house Catering Means a Longer Wait for Everyone Else 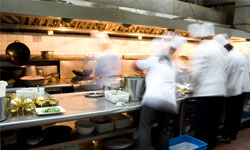 Beware of "Reserved for Private Party" signs. While it's common practice for many restaurants to cater private parties on the premises (despite the extra work), it sometimes doesn't make a lot of fiscal sense to close down the entire restaurant for a few big tables. That's fine for the restaurant, but not so much for everyone else.

Since everything the private party orders has to arrive at the same time, the kitchen has to slog through dozens of soups, dozens of salads, and then repeat for entrees and dessert. This means that everyone else's food is going to be getting made late and begrudgingly by the overworked kitchen staff.

Servers Can Spot Lousy Tippers at a Glance

One of the first thing that any new server learns, both in and out of the catering industry, is that when a customer tells you that he's a generous tipper, you're going to find a handful of pennies waiting on the table when the meal is over. Over the years, servers develop a keen, almost supernatural sense for the kind of customers who tip poorly and (even worse) the customers who think they're great tippers but aren't. And customers get treated accordingly.

The old tipping intuitions kick in even at catered events where tipping isn't necessarily expected. If you're getting bad service, do a quick breath check (you never know) and then find an excuse to ask for a special favor you can tip for, like a lemon or cucumber slice for your water. You'll get treated like royalty the rest of the night. 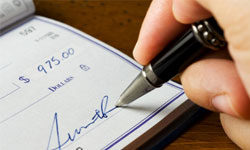 If his business goes under, he's keeping your deposit.
©iStockphoto.com/bluestocking

Ah, the American small business. Half of it is a starry-eyed dream built on rainbows and elbow grease; the other half is a desperate shell game trying to stay one step ahead of the bank. Because of the often agonizingly razor-thin margins for small businesses like catering, the deposit's there to protect them if you decide to pull out at the last minute, not to guard you against them going bankrupt. So, if your caterer is about to go under but doesn't know it (or even if he does but is clinging to the last shreds of hope), you might be losing both the deposit and the food for your big event. 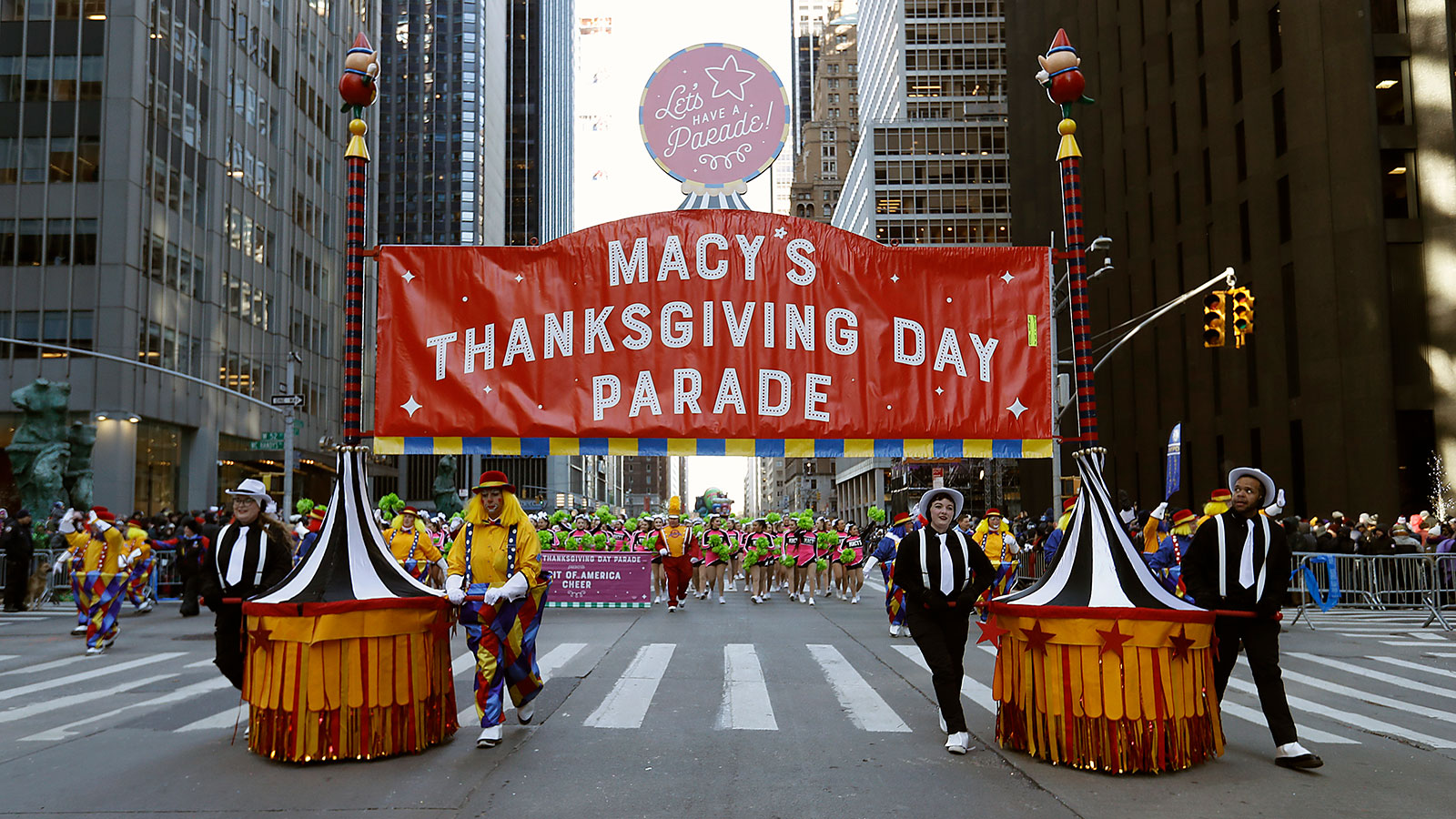