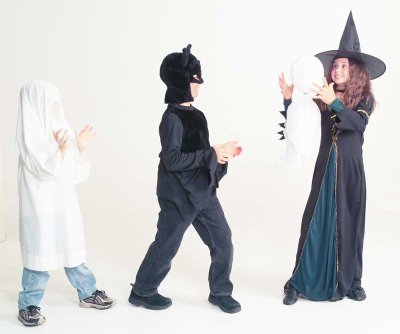 Arrange your kids in a circle and pass a ball.

Let your party guests test their memories by passing one or more "moons" on an fast-paced orbit. It's one small idea for parents, one giant feat for unforgetful kids.

Arrange the kids in a circle and start with one soft, plastic ball. Although kids go over the moon for an orb that glows in the dark, white or colorful balls are OK, too. In any case, the ball for little kids should be light and easy to handle.

To play, one kid (the starter) calls out the name of someone in the circle (say, Billy) and tosses the ball to Billy. Billy calls out the name of a person who hasn't yet received the ball (say, Sally), then he tosses the ball to Sally. Kids go on like this until everyone has caught the ball once. The last person must toss the ball to the starter, and then the ball must make an identical orbit around the circle again, following the same passing pattern. (To make the game harder for older kids, have them stop calling out the names as they throw the ball.) If someone drops the ball or throws to the wrong person, he or she is out.

Once the kids have the pattern down (usually in about 3 to 4 rounds), toss in a second, different color ball. Kids must keep the same pattern going with the two different balls. This gets a lot harder because things are moving much faster.

Keep going until kids have three balls going at once. If the players are less than seven years old, don't call anybody out; let them all stay in and focus on keeping the pattern going.

Celebrate Halloween with a tradtional Irish game. In our next section, we'll show you how to play the Celtic Cards game.