What Are the 12 Days of Christmas? 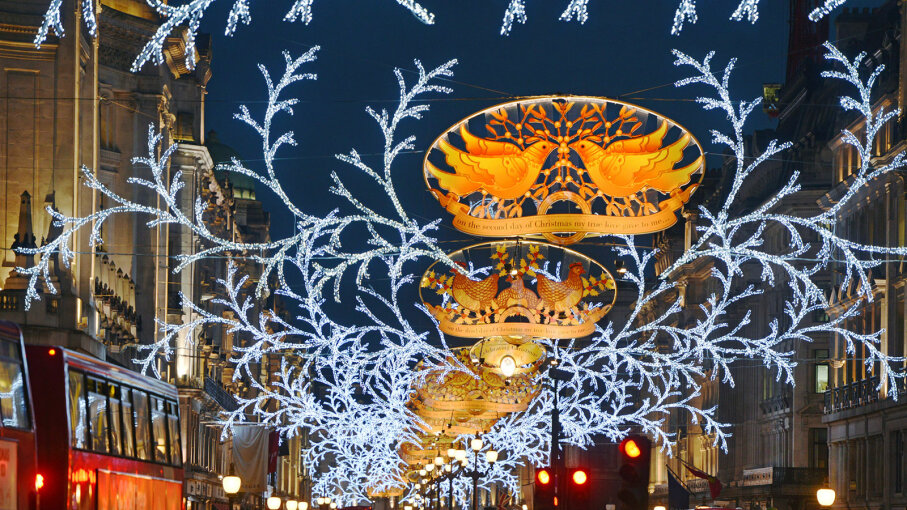 During the holiday season, "The Twelve Days of Christmas" is heard everywhere from shopping malls to television commercials to church functions. Everywhere you go, you can hear about Two Turtle Doves, Seven Swans-a-Swimming and Eleven Pipers Piping. But what does any of this mean? What does a song about doves, hens and geese have to do with Christmas?

The carol has its roots in 18th-century England, as a memory-and-forfeit game sung by British children. In the game, players had to remember all of the previous verses and add a new verse at the end. Those unable to remember a verse paid a forfeit, in the form of a kiss or a piece of candy to the others.

One theory, however, connects the carol to the era when Catholicism was outlawed in England, from 1558 and 1829. The carol, it is said, was a catechism song for Catholics to learn "the tenets of their faith," as they could not openly practice in Anglican society [source: Snopes.com]. While many still hold the idea of a coded hymn to be true, there's no substantive evidence that this was the case, nor is there any evidence that the verses contain anything uniquely Catholic.

Here are the verses of the song, along with their supposed symbolism [source: BBC.com]:

While these verses are what most of us associate with the "Twelve Days of Christmas," the phrase refers to an actual 12-day period. The 12 days of Christmas, in fa­ct, are the days from Dec. 25, celebrated as the birth of Jesus Christ, to the Epiphany, celebrated on Jan. 6 as the day when the manifestation of Christ's glory was realized.

While sects of Christianity celebrate the 12 days of Christmas differently, certain ones, such as the Eastern Orthodox Church, consider the Epiphany to be the most important day of the Christmas season. Some exchange gifts on each of the 12 days instead of only on Christmas day.

What are some other unique customs certain sects of Christianity have in celebrating the Twelve Days of Christmas? How did these days come into existence? Find out on the next page.

Meaning of the 12 Days of Christmas 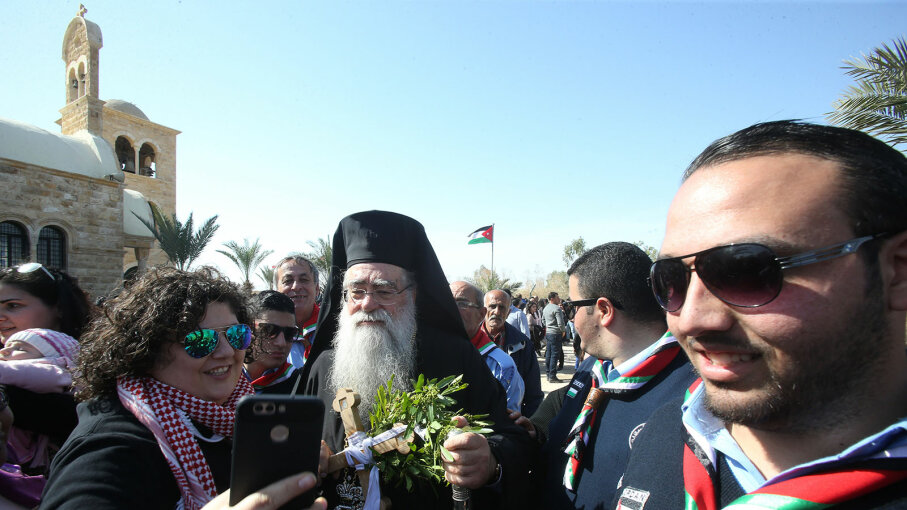 Metropolitan Venediktos of Philadelphia (Amman) leads a few thousand Orthodox Christian pilgrims in attendance as Orthodox Christians celebrate the Epiphany in the waters of the eastern bank of the Jordan River. Every year Christians gather at the Jordan Valley, north of the Dead Sea, to the site believed to be where Jesus of Nazareth was baptized by John the Baptist. Salah Malkawi/Getty Images

Christmas Day is the first of the Twelve Days of Christmas. The period is viewed by Christians as the amount of time it took the three magi, or wise men, to travel to Bethlehem for the Epiphany, the revelation of Jesus Christ as the savior and the son of God ("epiphany" is from the Greek word for "revelation").

While there's a consensus on what Christmas commemorates, what the Epiphany honors varies between churches and cultures. Some churches believe it's the day of Christ's baptism, while others celebrate it as the day the three magi visited Jesus with gifts.

But there are also differences on when the twelve days are celebrated. Western churches, for example, celebrate Christmas on the Dec. 25, the Epiphany on the Jan. 6, and the period in between as the 12 days and nights of Christmas. Other cultures, however, have different customs.

Although most in the Eastern Orthodox Church now adhere to the Western calendar, those in the Greek Orthodox Church still use a different religious calendar, celebrating Christmas on Jan. 7, and the Epiphany on Jan. 19. Some Latin-American cultures celebrate the Epiphany as Three Kings Day, giving gifts on Jan. 6 instead of Christmas. Other cultures will give one gift per day from Christmas to the Epiphany. This tradition has never really caught on in America, where the celebration of Christmas Eve and Christmas Day is most common [source: Bratcher].

The Twelfth Night, often celebrated on the night of Jan. 5, is considered the end of the Christmas season, before the Epiphany the following day. ­The Twelfth Night was a time for feasting in England (partly inspired by Shakespeare's play of the same name) in centuries past. Some cultures, like the French and Spanish, celebrate the Feast of the Epiphany with a king's cake, a coffee cake with purple, green and yellow icing to commemorate the visit by the magi to the Christ child. In western cultures, the King's Cake is associated with Mardi Gras, and the season of Carnival [source: Burnett]. Churches also vary in their celebration of the Epiphany; some Protestant churches celebrate it for an entire season, lasting until the season of Lent, while many Catholics celebrate it as a single day.

But just because the song is associated with the holiday season, that doesn't mean you can't sing it the rest of the year. For more information about all things Christmas, visit the next page.

How Much is that Partridge in the Window?

Since 1984, PNC Financial Services advisors have calculated the cost of the gifts from the Twelve Days of Christmas carol each holiday season. Everything is factored in, from eight maids to 10 lords to 12 drummers. You can find a chart of the cost of the Christmas Price Index (CPI) over the years. For those looking to get their true love these gifts, don't come with chump change: The total cost of all the items in 2014 was $27,673 [source: PNC].

Why do we decorate with holly at Christmas?
5 Halloween Myths That Will Not Die
Halloween Games