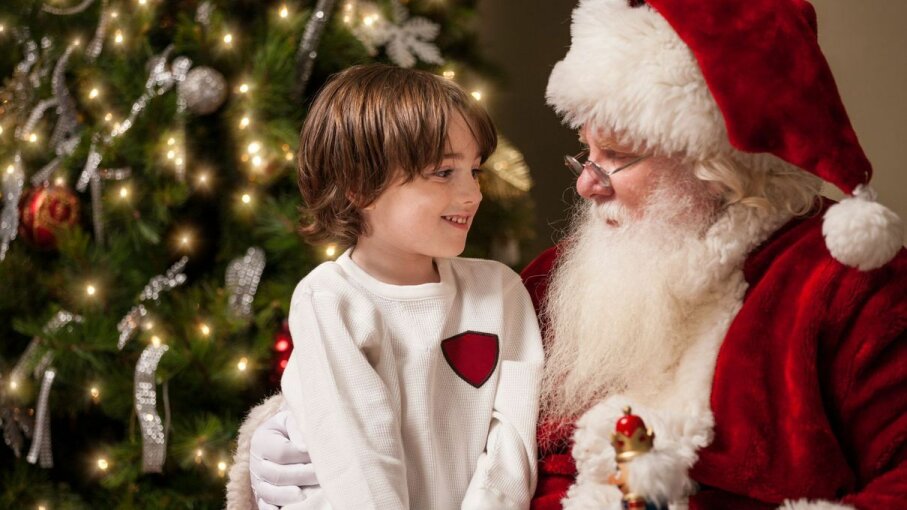 Is there a downside to believing in jolly old St. Nick? avid_creative/Getty Images

He's friendly, festively plump and delivers gifts with impressive speed. What's not to love about Santa Claus? A lot, apparently — although it has less to do with the man himself and more with the practice of perpetuating the myth.

In the December 2016 issue of Lancet Psychiatry, two psychologists wrote that children's trust in their parents could be undermined if they're made to believe in Santa.

"All children will eventually find out they've been consistently lied to for years, and this might make them wonder what other lies they've been told," says one of the article authors, professor Christopher Boyle of the University of Exeter, in a press release. "The morality of making children believe in such myths has to be questioned."

But is Boyle making too much of a fuss over nothing? Dr. Ariel Kornblum of Manhattan Psychology Group in New York City thinks so. "The Santa myth, while in some ways may be perceived as lying to children, can also be understood as an extension of imagination within typical child development," she says via email. "Imaginative play is a cornerstone of childhood development, and is something that is actively taught and supported throughout childhood and school curricula."

Adds Keya Williams, a psychologist and mother of three in Reading, Pennsylvania, via email, "Teaching [kids] about Santa when they are young is not really about a man that slides down chimneys. It's about teaching them an archetype that represents selfless giving, kindness and unconditional love. All qualities that benefit their mental and emotional development."

Naturally, you'll find parents coming out pro-Santa as well as con. "My concern with raising our children [with belief in Santa] was that there would be a time when they would find out Santa isn't real, that we and others had lied to them, and they might question what other lies we had been telling them," say Salt Lake City, Utah father of three Dave Blackmer in an email. "In a Christian home, where we teach about Jesus — someone you never really see, who's always watching your behavior and wants you to make good choices, who loves you and can bring you great blessings (like gifts) — that's dangerous in my opinion."

Others shrug off these concerns, citing the teachable moments Santa and other tall tales provide. "I don't see it as a lie, I see it as a story," explains mother of three, Rhea Pechter from Columbia, Maryland, via email. "Stories help children make sense of their world and can help them understand abstract concepts like generosity. I see the Santa Claus myth as a story of giving (on Santa's part) and an opportunity for gratitude (on the kids' part). Plus, it is fun and whimsical! If we want our children to be creative, I think we have to do the same."

So, how's a confused holiday reveler to approach the topic with kiddos? If you're taking the fantasy approach, be mindful that there will come a day when the truth must be told."

"Usually, by age 7 or 8 years, most children wonder out loud and ask their mommy or daddy if Santa is real," says Beverly Hills family and relationship psychotherapist Fran Walfish via email. "It's up to the parent at that point to respond honestly and openly by saying, 'When I was a child, my parents thought it was a fun part of Christmas to teach us about the myth of Santa Claus. I loved it so much that I decided to share those teachings with my children. It's up to you to decide whether you want to carry on this family tradition or do Christmas in your own special way.'"

If total honesty is your policy, just be aware that others don't follow the same train of thought. "We teach our children not to spoil it for anybody else, but to respect others' beliefs, whether in Santa Claus or in other religions," Blackmer says.

If you prefer to moderate the myth, consider a happy medium, like Pete Abilla, owner of an online tutoring marketplace and father of nine in Salt Lake City, Utah. "I've always told my kids that Santa is an overweight, cranky Filipino man," he emails, "because I'm Filipino, cranky, and overweight. By doing this, my wife [and I] aren't lying to our kids and we also get to use the whole Santa thing to help improve behavior."

However, experts warn about using Santa as behavior enforcer. "Bargaining and threatening with 'Santa is watching' in order to gain compliance may work in the short term, but once Christmas is gone it will no longer be effective and it can also lead to long-term changes where a child believes they must receive something in order to exhibit appropriate behaviors," says psychologist Angela Reiter via email from Eastchester, New York.

Despite the controversies, Santa doesn't seem to be going away, at least for now. Elaine Taylor-Klaus, an ADHD parenting expert in Atlanta remembers being at a Santa convention recently. "I had some great late night conversations with a bunch of Santas," she emails. "They told me that they think it's cruel to spoil the mystique of Santa — kids love it so much."