'The Holly and the Ivy' 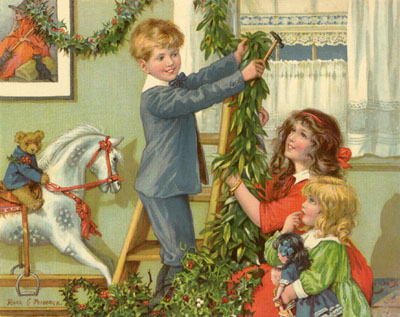 Given the diverse origins of many of the Christmas carols we sing, you might not be surprised to learn that one evolved as the result of an advertisement. "The Holly and the Ivy" likely originated as a broadside (print ad) posted in England around 1700.

The song was published in 1861 by Joshua Sylvester, who admitted to its commercial heritage. Though lavished with symbols predating Christianity, this song's lyrics don't completely explain the meaning behind the greenery in its title.

"The Holly and the Ivy" Lyrics

When they are both full grown,

Of all the trees that are in the wood,

The holly bears the crown:

The rising of the sun,

And the running of the dear,

The playing of the merry organ,

Sweet singing in the choir ...

2. The holly bears a blossom,

As white as lily flowers,

To be our sweet Saviour.

3. The holly bears a berry,

As red as any blood,

To do poor sinners good.

Christmas sheet music: "The Holly and the Ivy"

Tchaikovsky's ballet "The Nutracker" contains some of the best-known holiday music, including our next song. Keep reading to learn about "Dance of the Sugar Plum Fairy."