'What Child Is This?' 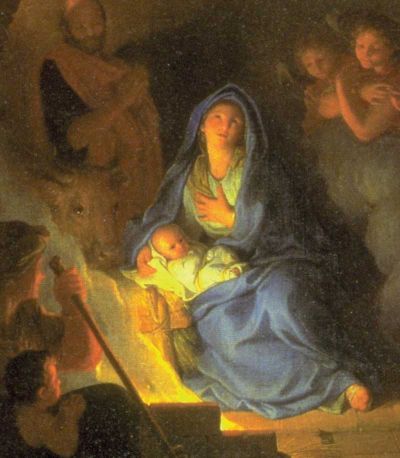 You probably recognize the melody of England's "Greensleeves" as identical to the Christmas hymn, "What Child Is This?" Initially, Richard Jones was credited with writing "Greensleeves" in 1580, but some believe that King Henry VIII, rather than Jones, authored it.

Regardless of the true composer, Queen Elizabeth I, Henry's daughter, enjoyed dancing to it. This traditional song was also mentioned by William Shakespeare in The Merry Wives of Windsor. In 1865, three stanzas of the William Chatterton Dix poem "The Manger Throne" were set to the tune, giving birth to "What Child Is This?"

"What Child is This?" Lyrics

1. What child is this who, laid to rest,

on Mary's lap is sleeping,

Whom angels greet with anthems sweet

While shepherds watch are keeping.

This, this is Christ the King,

Whom shepherds guard and angels sing.

Haste, haste to bring Him laud,

2. Why lies He in such mean estate

Where ox and ass are feeding?

The silent Word is pleading.

Nail, spear shall pierce Him through,

The Cross be borne for me, for you;

Hail! Hail the Word Made Flesh,

3. So bring Him incense, gold, and myrrh;

Come, peasant, king, to own Him!

The King of Kings salvation brings

Raise, raise the song on high!

The Virgin sings her lullaby.

Joy! Joy! for Christ is born,

Christmas sheet music: "What Child Is This?"

"Good Christian Men, Rejoice," our next song, was written in the fourteenth century and has undergone many transformations since then. Keep reading to learn about it.