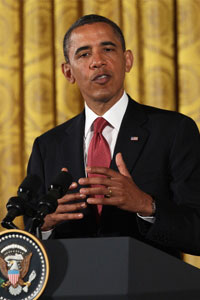 After World War II, young families settled down to the business of making babies -- lots of babies. From 1946 to 1964, America saw an unprecedented increase in birthrates. These U.S. kids became known as the baby boomer generation. This huge bunch spans the gamut socially, politically and economically; nevertheless, boomers share a few common ties. Here are a few of our favorites, courtesy of a 2006 survey of baby boomers conducted by the U.S. Census Bureau:

Though it's impossible to know for sure which child was the very first person born into the baby boomer generation, there are a couple of strong contenders. USA Today credits Kathleen Casey-Kirschling, born one second past midnight on Jan. 1, 1946, as the original baby boomer [source: Welch.] The New York Times, on the other hand, credits Aloysius Nachreiner (known as Al, or sometimes Butch) of Buffalo, N.Y., with the distinction [source: Barry].

The past three sitting American presidents -- Bill Clinton, George W. Bush and Barack Obama -- are baby boomers; however, Mick Jagger and Paul McCartney, two of the most famous musicians of the boomer's heyday, actually belong to the pre-boomer "silent" generation.

Numbers and facts can only tell part of the boomer's story. We'll fill in the gaps with some baby boomer characteristics on the next page.