What is the Book of Icelanders? 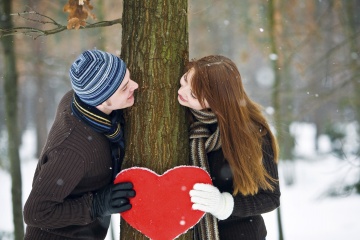 Dates can get a little tricky when the dating pool is all descended from the same family tree.
laskvv/iStock/Thinkstock

Iceland is one of the most isolated countries in the world. Situated just about smack-dab in the middle of the North Atlantic Ocean, its closest neighbor on the European mainland is Norway, 600 miles (966 kilometers) away. This extreme remoteness makes the Icelandic population one of the most genetically homogeneous in the world. In fact, every single native Icelander has a place on the very same family tree: They're all descendants of Jón Arason, the last Catholic bishop of Iceland, and his wife, Helga Sigurðardóttir.

It stands to reason, then, that Icelanders are extremely interested in genealogy. Upon meeting someone for the first time, the standard greeting is "Hverra manna ert þú?" -- Who are your people? The answer might not be immediately apparent because Icelanders have a different surname tradition than most of the rest of the world. There are no family names -- people are named directly after their parents, usually the father. Take Björk, for instance. The most famous Icelander's last name is Guðmundsdóttir because her father's name is Guðmundur. Guðmundur's sons would have the surname Guðmundsson. So, even in a place where everyone's related, it might not always be obvious exactly how someone is related to you.

This poses a unique challenge when you're an Icelander looking for love. Awkward dating situations are inevitable in an island-bound population of 320,000 in which everyone shares a family tree. Enter Íslendingabók (The Book of Icelanders), an online database developed in 1997 that contains the genealogical information for 95 percent of the Icelandic population since 1703 [source: Arnarsdottir]. It's become a national obsession, a boon not only to single people on the prowl but also to the entire genealogy-obsessed populace.

Fortunately for future Icelanders, the country has been extremely organized from the start, and the database was culled from meticulous records kept since 874. (Íslendingabók also has information on half of the population from 874 until 1703.) Anyone with an Icelandic ID number can log in for free, enter two names, and find out exactly how the two people are related. You can get names and birth dates for any of the 720,000 people in the database. Full genealogical information, including exact lines of descent, is available for anyone with whom you share a great-grandparent.

Íslendingabók is obviously an invaluable resource for the country as a whole, but there's also a lot of interest in the other angle. In 2013, a group of engineering students came up with "Islendiga-App," ("App of Icelanders"). Otherwise known as the "Anti-Incest App," it taps the Íslendingabók database for a very practical use. With just a tap of smartphones, two people can find out if they should be kissing cousins ... or not.