Browse the article Can Genealogy Sites Use Your DNA However They Want? 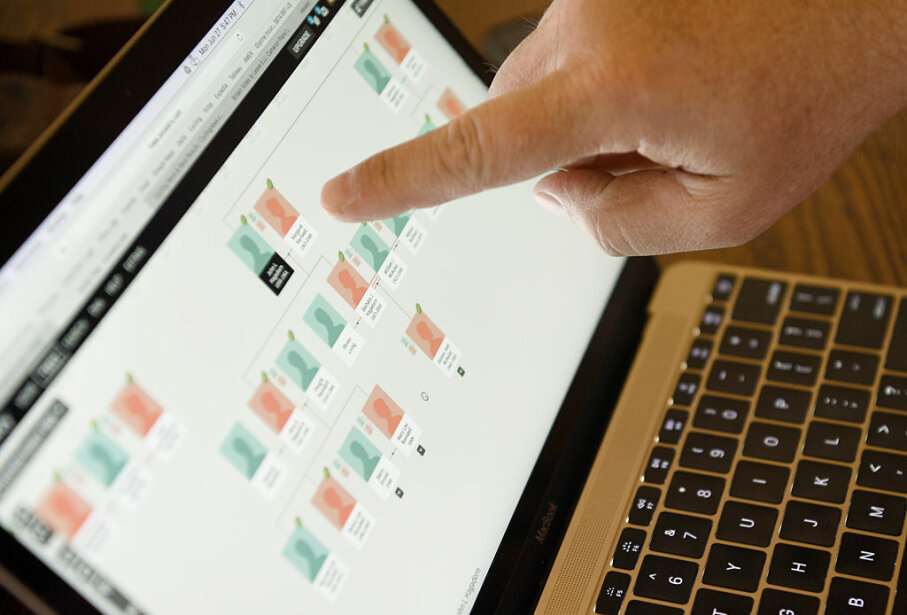 Let's be honest, no one reads the "terms and conditions" and privacy policies when signing up for an online service. A few years ago, researchers from Carnegie Mellon University calculated that it would take an average internet user 76 work days to read all of the privacy policies we encounter in a year. Instead, we click "accept" and move on with our lives.

These online DNA testing services take a swab of your saliva, extract your DNA, and analyze it for hundreds of thousands of genetic markers. They use the data to produce an "ethnicity estimate," which identifies your probable ethnic ancestry (47 percent Irish, 24 percent Pacific Islander, 8 percent Eastern European, etc.). With some services, you also get a list of "genetic matches" with other people in the DNA database who may be close or distant relatives.

Recently, a consumer protection lawyer from New York sparked a controversy when he claimed that the genealogy site Ancestry.com, which offers a $99 DNA testing service called AncestryDNA, "takes ownership of your DNA forever" and could divulge highly personal health information to third parties.

Ancestry responded with a full-throated denial of the accusations, insisting that test-takers retain full ownership of their DNA and can withdraw their information from the Ancestry.com database at any time. They can even petition to have their original spit samples destroyed.

Eric Heath, chief privacy officer at Ancestry, wrote in a blog post that Ancestry's newly updated terms and conditions make it clear that when participants sign up for the DNA testing service, they are merely "licensing" their DNA data to Ancestry for analysis purposes. Ancestry doesn't share or sell your DNA information to insurance companies, employers or marketers, and participants can delete their data any time.

Heath admits that he "[doesn't] like the legal language" surrounding Ancestry's licensing of DNA data to develop its products and services, because "it can be confusing and seem overly broad." He's probably talking about this clause of the terms of conditions:

"By submitting DNA to AncestryDNA, you grant AncestryDNA and the Ancestry Group Companies a royalty-free, worldwide, sublicensable, transferable license to host, transfer, process, analyze, distribute, and communicate your Genetic Information for the purposes of providing you products and services, conducting Ancestry's research and product development, enhancing Ancestry's user experience, and making and offering personalized products and services."

Mary Drotar looks up at her son Patrick Meeker after he arrived from the airport outside her home in Littleton, June 24, 2016. Mary and her husband Barry put Meeker up for adoption when they were teenage parents.
RJ Sangosti/The Denver Post via Getty Images

Part of the controversy and confusion over Ancestry's DNA privacy policies is that there are actually two separate agreements that you're asked to accept (or not) when signing up for the AncestryDNA service. The regular terms and conditions cover in-house use of your DNA data, which you have to accept to use the service. The second allows you to "opt in" to participate in third-party research. This is where some privacy hawks get nervous.

Using Your DNA for Research

Researchers at Ancestry have partnered with third-party collaborators at universities and private labs to engage in something called the Ancestry Human Diversity Project. They use "big data" analysis to comb through the single largest genetic database on the planet. The two main focal points of the research are to learn more about human history and migration patterns, and to better understand the connections between genetic traits and human health. Research partners include a California company called Calico that's working on "longevity research and therapeutics." Calico and Ancestry are jointly investigating the role of genetics in families with unusual longevity.

You don't have to participate in these research project to use the AncestryDNA service. You can skip the "opt in" and still get your personal test results. But if you do choose to participate, read the Informed Consent agreement, which explains that all data will be stripped of personally identifying information before being included in the studies.

Some privacy advocates worry that DNA data can never be fully decoupled from the individual, because DNA information is, by its very nature, your most accurate personal identifier. There's also the issue of your relatives.

"Even if you can keep your non-DNA information private, there's always a chance of being identified based on who you share DNA with," explains Blaine Bettinger, an expert in genetic genealogy. In fact, Ancestry includes that in its list of risks associated with participation in this type of research. If your anonymous genetic information is published as part of a research paper, someone could triangulate the data with matching chunks of DNA from second and third cousins to figure out who you are.

If the published research had to do with genetic predispositions to diseases, for example, that information could damage your ability to get life insurance, or disqualify you from certain types of employment.

Should You Be Worried?

Bettinger understands why some people would be concerned over signing over their DNA data to a private company, but he personally doesn't get too worked up over it.

"Frankly, no single person's DNA is all that special," says Bettinger. "There aren't people out there wringing their hands waiting to get one person's DNA sample. This DNA is really only valuable when you have hundreds of thousands of people testing. The risk to an individual, at least based on our current understanding, seems to be extremely low."

Bettinger says that as more people upload their DNA information to global databases, DNA testing has become an "essential component of genealogical research." For years, Bettinger had struggled to identify the biological mother of his great-great-grandmother, who was adopted in the 1880s. By collecting DNA samples from four of his ancestor's grandchildren, he was able to find close genetic matches within a single extended family in the database. Researching that family's tree, Bettinger found a woman who lived in the right time and place to be his great-great-grandmother's biological mom.

"I'm happy to provide my DNA because I get such a valuable service from it," says Bettinger. "And also, I do hope that my DNA is in some way utilized to make discoveries about human history or about helping someone diagnose and treat their illness. I like the fact that my DNA is going to that purpose."

Now That's Cool
"Ethnicity estimates" are notoriously inaccurate because they compare your DNA to representative samples from a given country, but even those samples are likely of mixed heritage. AncestryDNA has a new service called Genetic Communities that has identified 300 "clusters" of genetic similarities in the database and matched them with family tree information to peg your DNA to a specific time and place.