Browse the article Do You Have to Pull Over for a Funeral Procession? 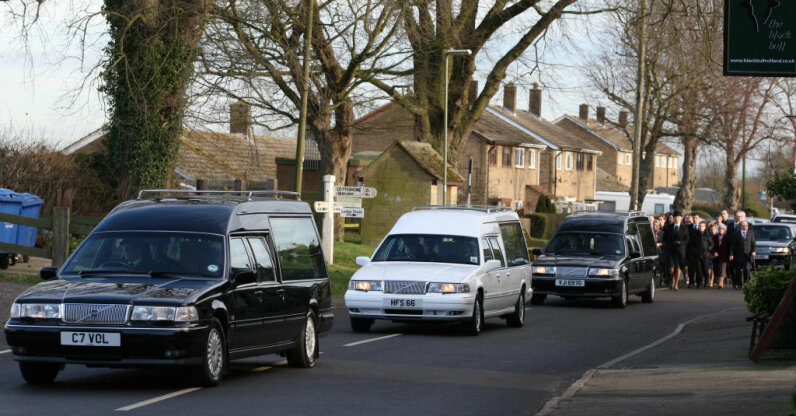 Funeral processions have a long, rich history. But they can be hazardous to your health. And your wallet.

Just ask the Michigan-based Jimmy John's sandwich shop employee who, in 2011, twice cut into a funeral procession while making deliveries. He later received a ticket for failure to yield. And he lost his job. But it could have been worse. In 2009, Carol Struebing was killed when her sister drove them right into the path of an oncoming funeral procession, not realizing the procession had the right-of-way.

Funeral directors say driving in or near a procession is a risky business these days. That's because many drivers in the U.S. are unaware of the laws and customs surrounding funeral processions. They're also increasingly on their phones and distracted while driving. And some people simply don't care.

Nevada is the only state that specifically allows the lead vehicle to go through a red light without stopping. And laws in Arizona, Idaho, Kentucky, Montana and North Dakota give funeral processions the right-of-way at all intersections, implying processions can run red lights and drive through stop signs.

So what do you do if you see a funeral procession approaching an intersection and you aren't sure of the local rules? Treat every intersection as if it's uncontrolled, says Greg Wickert, a partner in the national and international insurance law firm Matthiesen, Wickert & Lehrer. Or, to think of it another way, act the same way you do when you see police or emergency vehicles getting ready to run a red light. "This is your life we're talking about," Wickert says, "not just a ticket or some inconvenience."

And if you're part of a funeral procession, stay alert. Too many procession participants are mainly concerned with staying close to the vehicle ahead of them, Wickert says, fearing an outsider will cut in. But this means they're not fully aware of what's going on around them.

If you're not sure of the laws in your area, you'll be safest if you keep these points in mind when you encounter a funeral procession.

Why are funeral processions given special treatment to begin with? Tradition. People have been processing with the dead for millennia, solemnly carrying their dearly departed from memorial site to burial site. Originally, they proceeded on foot, but eventually horse-drawn wagons were used to transport the bodies, and then motorized vehicles. No matter the conveyance mechanism, funeral processions were greatly revered.

In the U.S., a tradition developed when motorized funeral processions became the norm. Motorists ceded the right-of-way to all vehicles in a funeral procession, and/or pulled over to the side of the road. This was a sign of respect for the deceased, as well as their mourners.

In many states, this tradition eventually became codified into law. However, while the general rule of thumb is to yield to a funeral procession, the exact laws vary across states and even communities. And many states have no laws, just customs. So even the most well-meaning and undistracted driver can be stymied.

Experts also note that many people mistakenly believe you must pull over when a funeral procession is approaching, even if you're on the other side of the road. While this may be a tradition in places, no state laws require this. In fact, such a move may be hazardous and cause a collision.

And causing a collision while trying to show respect for someone's loss would be a true tragedy.

Now That's Interesting
Traditionally, a police escort for the funeral procession ensured less confusion for everyone on the roads but that custom is fading away as well. Some police departments won't do it at all citing liability issues or lack of available personnel. Other departments will do it, but only for a fee.