Will Death of Georgia Island Champion Hasten End of a Unique Culture?

Browse the article Will Death of Georgia Island Champion Hasten End of a Unique Culture? 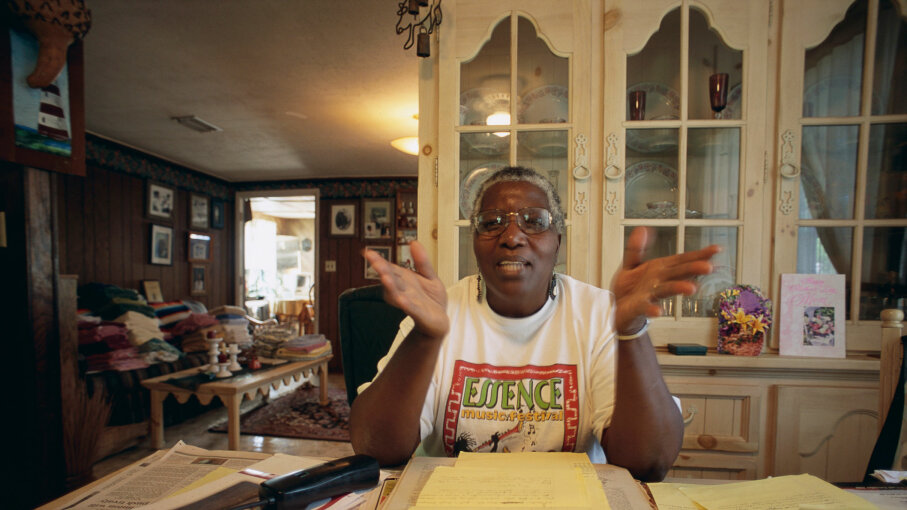 Historian Cornelia Bailey is shown working on her cookbook at her home on Sapelo Island. Macduff Everton/Getty Images

When Cornelia Bailey was a child on Sapelo Island, Georgia, her dog Spot got sick — his hind legs stopped working and all he could do was drag himself around on his front legs. Her parents told her to bury the dog in the dirt, just leaving his head out. She and her brother put a little shelter over his head and gave him water but otherwise left him alone.

"After three days, we dug Spot up, and low and behold, he could walk ... In a couple of hours' time, he was charging around the yard like he'd never been sick," she recalled in her memoir "God, Dr. Buzzard and the Bolito Man."

Bailey, who died on Oct. 13, 2017 at age 72, was the unofficial historian and community leader of Sapelo Island, one of the barrier islands (called the Sea Islands) off the coast of Georgia. Even today, there is no bridge to the mainland — all visitors come by ferry. The island is known for its Hog Hammock community — virtually all its residents are direct descendants of slaves who were brought to the island in the late 1700s and worked the land when it was owned by a white planter named Thomas Spalding. (The former "big house" is now called Reynolds Mansion, since it was later owned by tobacco magnate R.J. Reynolds Jr.)

Because of its relative isolation from the mainland, Sapelo Island residents were able to keep many of their African customs and folklore alive. Bailey's great-great-great grandfather, Bilali Muhammad, was a Muslim, and the plantation's manager, although he was enslaved. Even after his descendants converted to Christianity, they continued observing customs that were rooted in Islam. For instance, the men and women sat separately in church and the congregation faced the East when it prayed.

The Sea Islands are home to the Geechee-Gullah people, the terms given to the African-American descendants who live on the various islands off the coast of Georgia and South Carolina. "Gullah" is the term most often used in South Carolina, while Georgians tend to use the term "Geechee." In an interview earlier this year, Bailey joked that some Gullah people had a distinctive accent and "some of them practice it real hard for the tourists' sake. Sneak up on them when there's no tourist around ... they drop [it]. There's no pretension here. What you see is what you get."

After slavery ended, people on Sapelo started buying the plots of land they lived on. At one time, there were five small black communities on the island. Today, there is just one, Hog Hammock. A sign that was erected in the early 1990s set the population at 70. But Bailey said it is now more like 48, including just nine children. The island school closed in the 1970s. There is just one grocery store, and the only two churches that hold services on alternate Sundays.

St. Luke Baptist Church is one of the two functioning churches on Sapelo Island. Services are held twice a month.
Kathryn Whitbourne

"We've had some people move back. But we want people to move back who've got children," Bailey said. "Some people say, 'Soon as I retire I'm coming home.' You're not coming home at age 65 dragging two or three little kids with you. That's what you need to keep a community going. Without children you don't have a community."

The slow decline in population is understandable, as there are few jobs on the island. Most of it is owned by the State of Georgia and a large part is designated a marine preserve. The people who are employed on the island either work at the Reynolds Mansion or for the University of Georgia's Marine Institute; the rest work on the mainland. A business growing heirloom red peas and other crops for cash has been started. Bailey had been working to establish a living history village on-site.

Bailey, who became interested in preserving the Sapelo Island culture by "being nosy" said she hoped the next generations appreciated and built on the work she had done. "Why the heck else are we paying these high taxes, if not for them? I tell my grandchildren and my great-grandchildren, 'I'm not paying these things and fighting for myself because these days I've got one foot on a banana peel.' So, you gotta take care of your legacy."

Whether Hog Hammock will survive is an open question. "If we look at other seaside and coastal historically black coastal communities — places like Hilton Head — the prospects are grim," says Melissa Cooper, an associate professor of history at Rutgers University and the author of "Making Gullah: A History of Sapelo Islanders, Race, and the American Imagination." However, the islanders are really fighting hard to ensure that their descendants can still call the island home ... That said, all the indicators say that something major will have to be done to make the retention of the people who live in the community now and the reintroduction of descendants feasible. And I'm not sure what that would look like and I'm not sure that would happen."

Cooper has relatives from Sapelo and remembers visiting as a child in the summers. "[Back then], the island was populated by a greater number of black people, more children on the island, more elderly. The senior citizen building was a functioning center, the island had more vitality. So not only are my visits [now] accented by the fact that these people are not there, but they are also accented by the fact that there are all these new structures on stilts everywhere that also represent the influx of new people who are taking residence on the island even if it's just weekenders or vacationers."

Cooper brings up another important issue in the survival of Sapelo: property taxes. Outsiders have been building vacation homes on the island, and driving up property taxes. (Some Hog Hammock residents have filed a federal lawsuit alleging discrimination and violation of fair housing laws.) But these vacation homes are also attracting more visitors to the island.

"It's up to the islanders to determine whether it's a good thing or not," Cooper says. "If other coastal communities are any indication of what is to come, a change in the economic profile of the community will also mirror changes in the tax structure, the value of property and I wonder if you can have a sort of mixed use community with different economic profiles unless it is done intentionally."

Now That's Cool
More information on visiting Sapelo Island can be found at the Sapelo Island Visitors Center. To take an island tour with a resident of Hog Hammock, visit Geechee Tours or Sapelo Island Tours.