When an entire continent is in the midst of a scare involving tainted eggs, how do you ensure the giant omelet your city is cooking up is safe? Keep things local, of course.

"We have largely organized our own supplies, about 8,000 eggs, which come from a farm some 40 kilometers (25 miles) from here — so we know the quality," Benedicte Mathy, the organizer of a massive omelet-cooking event in Belgium that's been running since the 1990s, told AFP before the festival.

A scandal is currently sweeping Europe involving eggs tainted with the anti-lice insecticide fipronil; more than 180 poultry farms have been closed, and the cost to retailers and producers has been estimated at $177 million. European supermarkets and grocers have pulled millions of eggs from their shelves due to the fipronil contamination scare; though the risk of human injury is reportedly low, the insecticide can cause organ damage in humans.

The substance made its way into the European food chain in the Netherlands, and contaminated eggs have shown up as far away as Hong Kong. Two Dutch men involved in the tainted eggs scandal are already facing court hearings.

The traditional omelet event has taken place in the town for decades, and similar events have spread to France, Argentina, Louisiana and even the South Pacific archipelago New Caledonia.
John Thys/AFP/Getty Images
Approximately 10,000 eggs ended up being used for the massive omelet.
John Thys/AFP/Getty Images
The phrase "you can't make an omelet without breaking eggs," meaning positive outcomes may justify certain negative methods, dates back to 1859 and British parliamentarian and social reformer Thomas Perronet Thompson.
John Thys/AFP/Getty Images
Depending on the translation, the name of the organization creating the omelet is either The World Brotherhood of the Huge Omelet or The World Fraternity of Knights of the Giant Omelet. Benedicte Mathy, president of the group's Malmedy branch, told Reuters she was "confident" the eggs used were free of fipronil.
John Thys/AFP/Getty Images
The pan used for cooking the massive meal measured more than 13 feet (4 meters) across.
Dursun Aydemir/Anadolu Agency/Getty Images
The event drew hundreds of onlookers, and the omelet fed townspeople and visitors alike. French and German are spoken in Malmedy, near the German and Dutch borders in a region historically known as Wallonia; residents also speak Walloon, a Romance language similar to French.
Dursun Aydemir/Anadolu Agency/Getty Images
Now That's Interesting
The only place in the world outside of Belgium that has a significant population of Walloon speakers is Door County, Wisconsin, which is the peninsula that forms the famously mitten-shaped state's "thumb." Thousands of Belgians immigrated to the area in the 1850s.

Is the Meatball Ikea's Secret Weapon? (And Other Surprising Facts)

Deep in the Heart of Our Galaxy, Einstein Proved Right Again 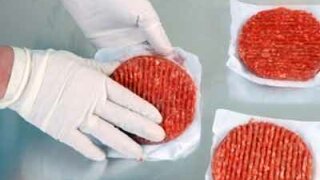 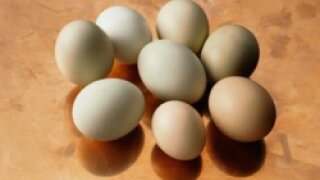 How to Cook Eggs 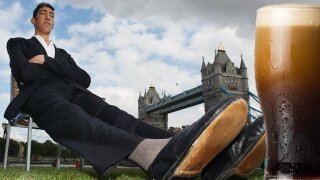 Ridiculous History: How an Irish Beer Became the Authority on World Records