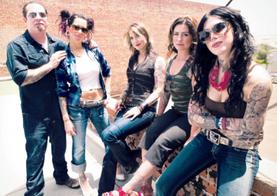 The LA Ink posse is counting down the top five mistakes people make when getting a tattoo. Get their advice for what not to do the next time you get a tattoo. 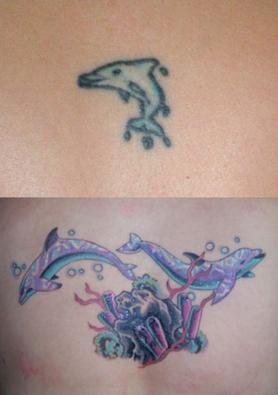 Make sure the tattoo is a good size for the body part. See pictures from LA Ink.
DCL

Kim Says: "Be careful not to get something too small or where it doesn't fit that part of the body well."

This tat lover decided her tattoo was too small for her back, so she received a more colorful dolphin tattoo to cover-up the old one and the size is in better proportion for her back. 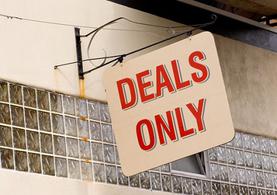 Kat Says:"Good tattoos aren't cheap and cheap tattoos aren't good. Far too many times, people choose an artist based on price. That should be the last priority on your list when it comes to getting a tattoo."

Kim Says:"Don't look for a bargain!"

Ode to a Lover 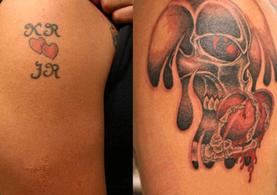 A new, intricate tattoo covers up the past. See pictures from LA Ink.
DCL

Hannah Says:"Don't be overly romantic. Sorry, that tattoo is going to out last most relationships - much as I hate to say it." 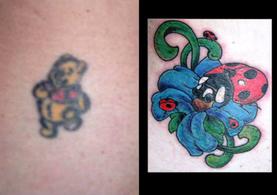 Make sure your tattoo has meaning. See pictures from LA Ink.
DCL

Hannah Says:"Try not to be arbitrary or impulsive - you might regret getting Taz flipping the bird and drinking a beer later."

A small bear is later covered-up with a more vivid, detailed tattoo that has more meaning to its owner. 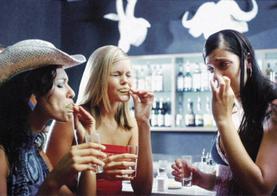 Drinking before getting a tattoo is not always the best choice. See pictures from LA Ink.
DCL

Hannah Says:"Being drunk leads to the other mistakes on the list."

Before You Go Preparing for your tattoo session. Pick A Pro The gang helps you choose a design and artist.