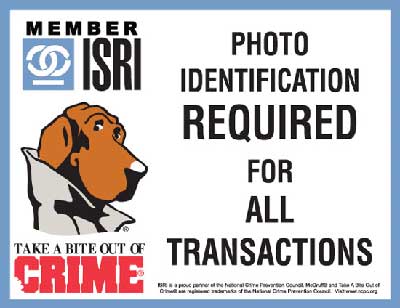 If thieves can't exchange their loot for money, they'll stop stealing it, right? That's the idea behind placing tighter controls on the recycling industry. More than 30 U.S. states have adopted laws that require scrap recyclers to maintain records of their sales, and many other local laws have established varying degrees of regulation [source: AT&T]. Some of the common stipulations include:

Some states have a difficult time passing such regulations due to strong industry opponents who fear tough rules may hurt business. But that doesn't mean other scrap recyclers aren't trying to cut down on unscrupulous sellers. The Institute of Scrap Recycling Industries, ISRI, has an entire section on its Web site devoted to the issue of metal theft where it details its efforts to minimize the practice. It has also partnered with the National Crime Prevention Council to strengthen those efforts.

ISRI has also set up a Theft Alert System to notify scrap recyclers to look out for specific items reported stolen and refrain from purchasing those materials. Victims of theft notify ISRI with comprehensive information concerning the theft, which is then broadcast throughout the region in an e-mail list.

In addition, ISRI encourages scrap recyclers to adopt some precautions to minimize the purchase of stolen materials. Along with some of the guidelines suggested by already established legislation, the recommendations include:

Regular people can also help to curb metal theft by securing items in their possession likely to be targeted by thieves. They can put covers on their air conditioning units, park their cars in the garage, bolt down large metal objects and lock any outdoor tools in a shed. Many of the suggestions for common house thefts also apply: install outdoor lighting to deter criminals, invest in an alarm system and trim high shrubs that could serve as cover. Placing clear identification on items can also deter thieves or at least help to identify them if they are stolen.

Some thieves, however, simply will not be daunted. Get another glimpse of the bizarre world of criminal recycling on the next page.