Delving Into the Conspiracy Theories About and Around Hillary Clinton

by Ben Bowlin Oct 28, 2016
The HowStuffWorks podcast Stuff They Don't Want You to Know discusses Hillary Clinton and some of the conspiracy theories surrounding her. Last week, the hosts talked about conspiracy theories related to Donald Trump. TIMOTHY A. CLARY/AFP/Getty Images

With the U.S. presidential election mere days away, the odds are overwhelmingly likely that either Hillary Clinton or her Republican opponent, Donald Trump, will become the next president. Over the past few months, each candidate has become the subject of multiple controversies and — perhaps unsurprisingly — multiple conspiracy theories. Last week Stuff They Don't Want You To Know explored the theories concerning business mogul Donald Trump, and this week we're delving into the conspiracies surrounding Hillary Clinton.

There are quite a few. After all, the former secretary of state and two-term New York senator has an extensive career in public service (not to mention her marriage to former President Bill Clinton), and fringe theories are virtually inevitable for anyone with such political longevity. Some, such as the rumors and scuttlebutt surrounding Clinton's email scandal, are relatively recent. Others, such as the so-called "Clinton Body Count" date back to events in the late 1970s. Here are a few examples:

The Whitewater Scandal: Proponents allege that during Bill Clinton's time as attorney general (and, later, governor) of Arkansas, he and spouse Hillary Clinton conducted murky real estate dealings designed to generate windfall profits while ultimately sticking the government with the bill. This is one of the most well-known conspiracy theories, even becoming the subject of congressional investigations. Most people dismiss a great deal of the rumors regarding this event, and it's worth noting that neither Hillary nor Bill Clinton were ever convicted of any wrongdoing.

Benghazi: When terrorists attacked the U.S. consulate in the Libyan city, political opponents of Hillary Clinton (then serving as secretary of state) demanded she be taken to task for various aspects of the operation. Some fringe theorists even alleged that the State Department sat back and watched the attack happen. Again, government investigations into the matter found no evidence of wrongdoing. Yet several theorists still reject the findings, believing corrupt officials continue to suppress the real sequence of events. (For the record, these theorists can have differing views amongst themselves, as well.)

The Clinton Body Count: This is one of the strangest and most wide-reaching conspiracy theories concerning the Clintons. The idea here is that the power couple is directly or indirectly responsible for numerous homicides. Those who believe this theory allege the Clintons have murdered numerous opponents in their rise to power, from Vince Foster to political insiders, innocent bystanders and more. This, like the other conspiracy theories concerning Clinton, is widely dismissed by the mainstream. After all, skeptics argue, it's tough to get away with a single murder, much less multiple cases.

Check out our audio podcast to learn more about the stories surrounding Hillary Clinton, where they originated and the arguments presented for — and against — each case. And if you want to hear the theories surrounding her opponent, you can do that, too, by clicking on this podcast link, or the one you'll find below.

Scientists Can Induce Visual Hallucinations by Showing You This Annoying Video 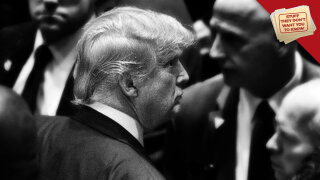 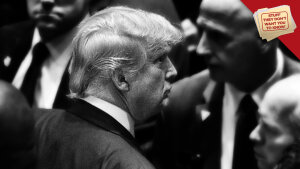