by Robert Lamb Aug 23, 2018
A 2018 study found that many creationists and conspiracists have something in common: a belief that some form of conscious will dictates the unfolding of events; that is, things happen for a reason. RapidEye/E+/Getty Images

What do creationists and conspiracy theory enthusiasts have in common? Quite a lot according to a Aug. 20, 2018, paper published in the journal Current Biology — and it all comes down to how we think about causality.

Creationists reject scientific explanations for life on Earth in favor of religious beliefs – beliefs that are inherently teleological. In other words, they attribute divine reason and purpose to the natural world. Meanwhile, scientists apply critical thinking to these same areas and seek not teleological but causative answers.

Actually, Everything Doesn't Happen for a Reason

"Teleology involves a bizarre way of thinking in reverse," neuropsychologist and study co-author Sebastian Dieguez explains. "Teleology is the idea that the consequence of something is the cause of itself. And that if you see something, it was meant to be this way — so it is in a way its own cause."

Examples of this include the "everything happens for a reason" explanation for human suffering, as well as childhood beliefs that a cat's purpose is to be petted or trees exist because humans need shelter. It's an oddly intuitive — but incorrect — way of seeing the world.

"Evolution involves thinking in a very different way," says Dieguez. "There is no reason for why things are as they are right now, no one decided this. It involves a slow process of gradual selection and adaptation. And it's pretty counterintuitive to think in this way."

And so humans have to continually work against an ingrained impulse to think about the world teleologically. It's still a hindrance to the acceptance of evolutionary theory, at least at an individual level, and remains the backbone of religious thinking.

This connection alone is nothing new, but the analysis published in Current Biology argues that fascination with conspiracy theories — or "conspiracism" — also is linked to teleological bias. A particular conspiracy theory might focus on UFOs or Bigfoot or the Illuminati, but they all share a common quality: an explanation of malevolent will for elements of sociohistorical events.

When Conspiracy and Creationism Coincide

Dieguez and his colleagues looked at three separate studies, including a large-scale French survey (1,252 participants) and two smaller questionnaires (157 and 733 participants). In their answers, they found a strong correlation between creationism and conspiracism. After all, at the heart of each, is the idea that some form of conscious will dictates the unfolding of events.

"Conspiracy theories are kind of social creationism, because they involve seeing some new event in the world, say a terrorist attack or a natural disaster, and immediately explaining it by the final cause," Dieguez says. "And the final cause of course is not god, but some kind of hidden individual or group of individuals — the conspirators."

Now, as you're reading this, you might think, "Well this doesn't apply to me. I only read about conspiracy theories for amusement. I only tune into 'Ancient Aliens' for a few laughs." But, as Dieguez points out, the underlying teleological framework of the ideas – no matter how ludicrous on the surface – might affect our abilities to think clearly. You certainly don't have to believe in order to engage their dangerous allure.

"In fact, the sample we used in the different studies, most of the people are not hard-core conspiracy theorists," Dieguez says. "The level of agreement with conspiracy theories was actually pretty low. They don't really accept conspiracy theories as such; it's just that they are suspicious of the official story, they reject established knowledge, epistemic authorities – such as scientists and also journalists. And so they tend to prefer alternative beliefs, 'alternative facts' as they say, rather than official statements."

As for the future, Dieguez says that a lot more work is required to flesh out the theoretical bones of conspiracism psychology, but that the more immediate front is educational. They're currently working in France to design and evaluate efforts to teach teenagers to exercise caution concerning conspiracy theories, fake news and misinformation.

"So we'll see what works, and what doesn't work to help improve trust in science and in the media, hopefully in a few years," Dieguez says.

So think critically. Think skeptically. Apply the tenets of scientific reason against the forces of conspiracy theory, false news and misinformation.

In the words of Carl Sagan, science is ever our "candle in the dark."

NOW THAT'S INTERESTING
The connection between religious thinking and conspiracy theory makes perfect sense when you look to 20th-century examples like Satanic panic and alien abduction experiences — the latter of which may have helped fill the need for purpose-driven magic in an individual's life. In his 1995 book "The Demon Haunted World: Science as a Candle in the Dark," Carl Sagan wrote "in an age when traditional religions have been under withering fire from science, is it not natural to wrap up the old gods and demons in scientific raiment and call them aliens?"

Prehistoric Turtle Had a Toothless Beak But No Shell 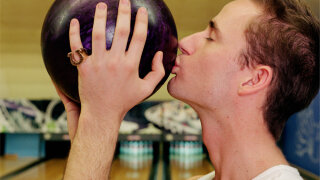 10 Correlations That Are Not Causations 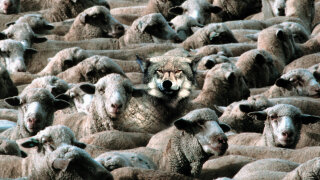 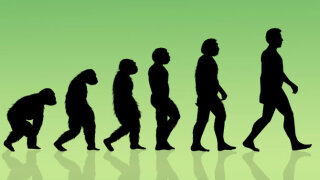