China’s Planning to Build a Lab Under the Sea

The Chinese government is interested in building a large underwater facility that would rest on the floor of the South China Sea, 10,000 feet (3,000 meters) below the surface. According to Bloomberg, the government's plans call for the facility to be movable, though whether that means it could move on its own or be disassembled and put back together isn't clear.

The underwater lab's purpose is to serve as a center for mining operations, one of China's major industries. Minerals and rare earth metals are necessary components in much of our technology, and China is the world's leading supplier of electronics. We don't know if there are large deposits of minerals and rare earth metals in the South China Sea, though. It may turn out that they only exist in trace amounts, and the facility might instead be used to drill for oil or natural gas through the ocean floor.

Or there could be a political motivation behind the facility. While Chinese officials have said the proposed lab wouldn't be a military installation, they did acknowledge that it would fulfill some military functions. The South China Sea is an internationally disputed region that many nations wish to be able to access for numerous reasons, from trade to laying communications infrastructure to gathering resources. By installing an underwater facility with military implications, China might be maneuvering to make an outright claim on the area.

This wouldn't be the first time the Chinese government indicated that the South China Sea belongs to China. In 2012, the government redesigned Chinese passports to include a map of China, which showed the country's borders extending well into the South China Sea. The problem is that the international community doesn't necessarily agree with this version of China's borders.

There's no actual timetable, budget or plans for the project, so it's hard to say how ambitious or expensive it could be. But the Chinese government has placed the facility high on the list of potential technology investments for the next few years. Perhaps within a decade we'll see the “underwater space station” take shape off the coast of China. If that happens, expect the international community to pay careful attention to what happens next. 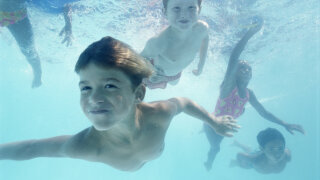 What if humans could breathe underwater? 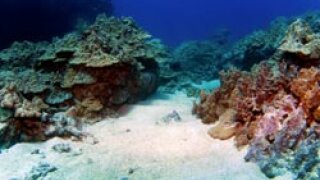