Chi Kung and the Cultural Revolution 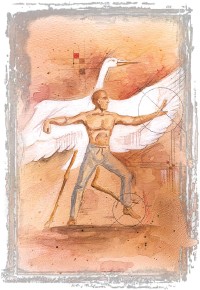 During the Chinese cultural revolution, a pronounced effort was made by the government to purge chi kung and other associated arts of their religious associations. The intent was to "purify" the practices.

In the case of chi kung, what survived during this period were techniques that could be used exclusively to promote health. Governmental officials during the Chinese cultural revolution endorsed these chi kung exercises and even assisted in formalizing instruction and in promoting chi kung practice among the general population.

These sterilized versions of chi kung have little or nothing to say about several of their original purposes, including the notion of the return to Tao and the ideas of immortality and enlightenment.

Fortunately, these sacred ideas were preserved in secret during the difficult years of the Chinese cultural revolution by dedicated monks and others, often at the peril of losing their lives. Today, they are being reintroduced wherever chi kung is practiced, even, to some extent, in China itself.

The efforts by Chinese officials to purge religion from the face of the earth were especially virulent in Tibet, which China invaded in 1950. Thousands of monasteries, where chi kung, among other disciplines, was traditionally studied and practiced, were completely destroyed.

This destruction was a great tragedy for the Tibetan people since monasteries served not only as centers for religious instruction but as centers for education of all types. When these institutions were obliterated, the educated classes were uprooted and the entire history and culture of Tibetan society was in danger of being lost.

Fortunately, a great many monks set out to cross the Himalayan mountains, the highest mountains in the world, to escape into Nepal. They brought all that they could carry on their backs, especially their spiritual treasures, including ancients texts passed down through the generations. This harsh pilgrimage cost thousands of lives.

The Study of Animal Behavior: A Living Library of Movement

Constant practice and refinement of chi kung exercises began to yield a number of intriguing results, not the least of which was robust health for the monks confined to the monasteries.

From time to time, chi kung practitioners also experienced profound psychological transformations, which led to superior intellectual abilities and even unusual psychic abilities such as telepathy and the ability to see auras.

The monks realized that these breakthroughs were related to the chi kung practices themselves. They also realized that the powerful energies they were cultivating could be applied in self defense, a very useful application since in those days traveling monks were easy prey to bands of roving thieves.

By observing animals in their native habitat, the monks discovered exactly how the chi cultivated in their chi kung exercises might be applied in hand-to-hand combat.

Due to anatomical peculiarities, such as the long powerful wings of the crane or the extreme flexibility and constricting abilities of the snake, each animal has a unique set of movements that lend themselves well to self-defense and self-preservation in general.

The rapierlike beak of the woodpecker, for example, not only pecks deep holes in trees during its search for insects, but serves as a formidable weapon against competitors or enemies.

In the water, the snapping turtle is a powerful and graceful swimmer. But on land, it appears to be a a clumsy creature, often hiding deep within its shell. Don't let this subterfuge fool you, however. Its extremely long neck is ready to shoot out of its shell to capture prey at any moment. When it goes fishing, its razor-sharp jaws and vicelike grip make short work of anything that happens to be caught.

Many chi kung exercises are very likely derived from these same kinds of observations. As you might expect, exercises such as The Horse Stance and, in tai chi chuan, Stork Cools Wings, are named after animals and their movements.

Some creatures' movements are adopted from real life while others, such as the old favorites, the dragon and the phoenix, are mythical. In terms of self-defense, animal movements were adapted as far as human anatomy would permit. In this way, practitioners learned to imitate the lightening strike of a snake's head, the soft yet powerful blow of a crane's wing, and the raking gouge of the tiger's claw.

Some chi kung exercises are tailored specifically to spiritual development. Learn about this aspect of chi kung on the next page.