Browse the article Can the United States Revoke Someone's Citizenship? 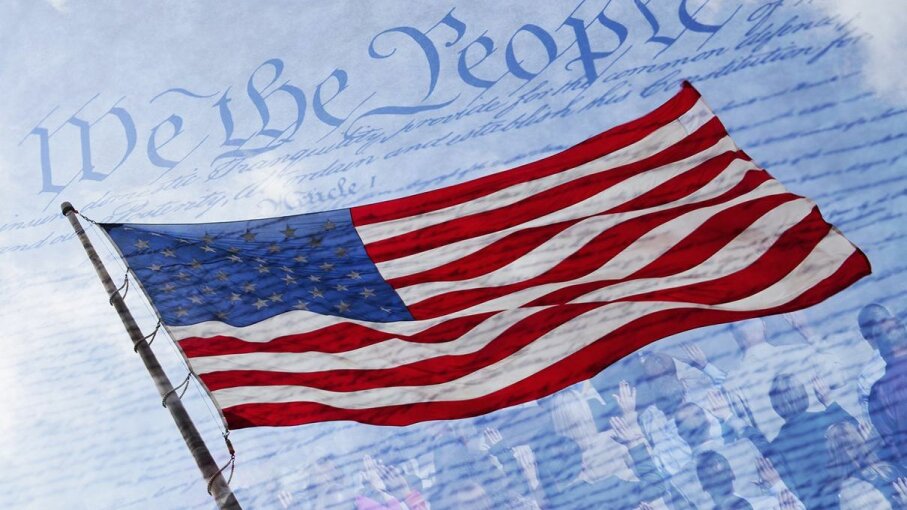 The United States is able to revoke citizenship, although it's only happened in rare instances. Diane Macdonald/Getty Images

President-elect Donald Trump has tweeted a lot of contentious things in the middle of the night, but the message that he posted at 3:55 a.m. back in late November 2016 was particularly contentious — at least to constitutional scholars and civil liberties advocates: "Nobody should be allowed to burn the American flag - if they do, there must be consequences - perhaps loss of citizenship or year in jail!"

It wasn't just that Trump became the latest in a long line of politicians to advocate making flag-burning a crime. (That would require amending the U.S. Constitution, since the Supreme Court ruled back in 1989 doing so would violate the First Amendment right to freedom of speech.)

He also ventured into even more provocative ground, by asserting that the U.S. government has the authority to take away a person's citizenship involuntarily — something that at present, it can't do, except in one very narrow circumstance that we'll explain in a bit.

It might seem strange that the U.S. government can put a put a person in prison, and even execute someone for crimes, but in most instances lacks the power to tear up a passport and declare that person a noncitizen. But that's been the law of the land ever since 1967, due to the U.S. Supreme Court decision Afroyim v. Rusk.

The case involved an American citizen named Beys Afroyim, who went to Israel in 1950 and made the mistake of voting in an election there. That violated a 1940 U.S. law, and the State Department refused to renew his American passport, claiming he'd forfeited his right to U.S. citizenship.

But in a 5-4 decision, the Supreme Court ruled in favor of Afroyim, deciding that he was protected by the 14th Amendment, which granted citizenship to all persons born or naturalized in the United States.

In the majority opinion, Justice Hugo Black wrote that "citizenship is no light trifle to be jeopardized any moment Congress decides to do so under the name of one of its general or implied grants of power ... the very nature of our free government makes it completely incongruous to have a rule of law under which a group of citizens temporarily in office can deprive another group of citizens of their citizenship."

Accused Nazi criminal John Demjanjuk appears in German court in 2011. Demjanjuk is one of the few American citizens to have had his citizenship officially revoked.
Miguel Villagran/Getty Images

But there are holes in that protection. Naturalized U.S. citizens — that is, those who were born in foreign countries — can have their citizenship revoked if the government decides that they falsified something in their naturalization paperwork. (That's what happened to John Demjanjuk, the Ukrainian-born Ohio autoworker convicted of serving as a guard in a Nazi death camp.) They also can be stripped of citizenship if they refuse to testify to Congress, join a group that the U.S. government considers subversive or are dishonorably discharged from the U.S. military.

Also, according to federal law, certain actions — such as traveling to and serving in the armed forced of a country engaged in hostilities against the U.S., or swearing an oath of allegiance to a foreign country — can be taken tacitly as proof that a person is voluntarily renouncing U.S. citizenship. This is where things get a little tricky, according to David Bier, an analyst with the Cato Institute, a Washington, D.C.-based think tank. And although the government has to prove intent, "it doesn't need to have as high a standard of proof as it would have to in a criminal trial," he says. "It's based on a preponderance of evidence, as opposed to 'beyond a reasonable doubt.'"

But as Trump's critics have noted, it's one thing to take away the citizenship of an American who joins an enemy military overseas, and another thing entirely to impose that penalty on someone here in the U.S. who is engaging in what the courts have decided is constitutionally protected speech. "[Flag-burning] is generally not accompanied by an intent to renounce U.S. citizenship, nor is it generally evidence of any such intent," UCLA law professor Eugene Volokh wrote in a Washington Post opinion piece. And it doesn't seem that the threat is being taken seriously by protesters, some of whom responded by burning U.S. flags outside Trump Tower in New York.

The U.S. Supreme Court has ruled twice, in 1989 and 1990, that burning the country's flag is expression protected under the Constitution's the First Amendment.
Jabin Botsford/The Washington Post/Getty Images
Now That's Interesting
A hypothetical person in the U.S. who was stripped of citizenship would be in a difficult situation. "If you didn't have dual citizenship for another country, you could become a stateless person," says Bier. "That's one of the worst conditions you could be in, since no country has to take you." The result might be that a person would end up being confined indefinitely by U.S. authorities, he says.