Calexit? After the Election, Some Californians Dream of Secession

Browse the article Calexit? After the Election, Some Californians Dream of Secession 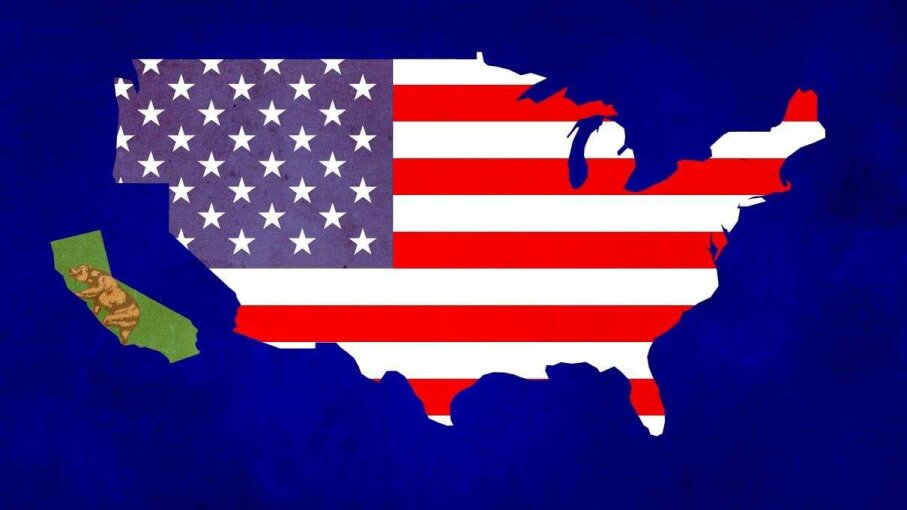 Even before the 2016 U.S. presidential election, Californians were pitching the need to break up with Uncle Sam. Wikimedia Commons/HowStuffWorks

People have different ways of venting their post-election anger. Some take to the streets or let loose on social media. In California — where almost 62 percent of the voters picked Hillary Clinton over President-elect Donald Trump — they're talking leaving.

As in getting out. Splitting up. Seceding.

And, yes, they're serious.

Shervin Pishevar, an Iranian-American Silicon Valley executive and entrepreneur, took to Twitter after the election, vowing to fund a campaign to launch California as a new nation. It will be called, Pishevar says, New California. Several other tech types have tweeted they'll join the movement.

"It's the most patriotic thing I can do," Pishevar, an Iranian-American Silicon Valley executive and entrepreneur from Sherpa Capital and Hyperloop One, told CNNMoney. "The country is [at] a serious crossroads."

Others in Cali, even before the election, have pitched the need to break up with Uncle Sam.

The Yes California Independence Committee (at YesCalifornia.org) filed for nonprofit status in 2014. It is demanding "the liberation of the people of California from its captors." It's not quite as violent as it sounds. "We explicitly reject conduct or speech inciting open rebellion against the American government," the group says on its website. Yes California got more than 15,000 new likes to its Facebook page last week, up more than 4,200 percent.

Still, talking breakup, as in all matters of the heart, is a lot easier than actually breaking up. The whole idea of secession was squashed more than 150 years ago in a little thing called the Civil War. Though some states have talked walkout since then — Texas (the Texit!), we're looking your way — any state who seriously considers secession runs up against a wall bigger than the one Trump says he'll build on the U.S. southern border.

It's called the Constitution of the United States.

But Yes California points to an 1869 Supreme Court decision that may provide them with a literal out. The case is Texas v. White — yep, those independents in Texas, of course — in which the court ruled that states could not unilaterally secede from the Union.

Yes California agrees. But they point out this passage, from the decision:

When, therefore, Texas became one of the United States, she entered into an indissoluble relation. All the obligations of perpetual union, and all the guaranties of republican government in the Union, attached at once to the State. The act which consummated her admission into the Union was something more than a compact; it was the incorporation of a new member into the political body. And it was final. The union between Texas and the other States was as complete, as perpetual, and as indissoluble as the union between the original States. There was no place for reconsideration, or revocation, except through revolution, or through consent of the States.

(The bold is ours.) Yes California is ruling out revolution — really, no one wants to start chucking avocados back and forth — but insists the way out is if they get the other states to go along.

What California is looking for is an amicable divorce.

Breaking Up Is Hard to Do

The people at Yes California see two routes to get that done.

In the first scenario, after a majority of Californians vote on a statewide ballot to pursue secession (and it passes), a state delegation heads to Washington and proposes an amendment to the U.S. Constitution to allow secession. According to Yes California, two-thirds of the House of Representatives and two-thirds of the Senate would have to approve. The proposed amendment then would have to be OK'd by 38 of the 50 states.

The second way skips the Washington step and, after the statewide ballot passes, calls for a convention of states, where a proposal would have to be approved by two-thirds of those delegates. If passed, Yes California says, it goes to individual states where legislatures would vote on it; again, 38 of the 50 would have to pass it.

Even if the Calexiters got that far — pretty unlikely, really — they might be faced with things they never saw coming. David Carrillo is the executive director of the California Constitution Center at University of California Berkeley School of Law. He, along with senior research fellow Stephen Duvernay, lay out the prospects of secession in a post on a blog that covers the Supreme Court of the State of California. They write:

If it started to look as if consensus for amending the constitution existed, or a convention could be called, other actors would take notice and seek to take advantage of the open field to advance their agendas, some of which no doubt the secessionists would dislike. The process could result in those legislative riders succeeding with their changes, while California's secession proposal dies on the vine, leaving Californians worse off. This is the essential problem with unleashing the Kraken of constitutional change — everything is on the table, and all interest groups see their chance at achieving change.

Any way you look at it, a Calexit won't be easy. Impossible, though?

That's what they said about Donald Trump.

NOW THAT'S INTERESTING
Californians upset at the election and looking for a way out are not alone. Some in Oregon have submitted the Oregon Secession Act to try to get a secession initiative on the state ballot for the 2018 election. The people of Oregon, says the Act, "prize life, liberty, equality, and the pursuit of happiness as unalienable rights of a free people." And, it goes on, "many other American States do not share those values as shown by their electoral outcomes, laws, and public policies."