How the Cabinet Works

Browse the article How the Cabinet Works 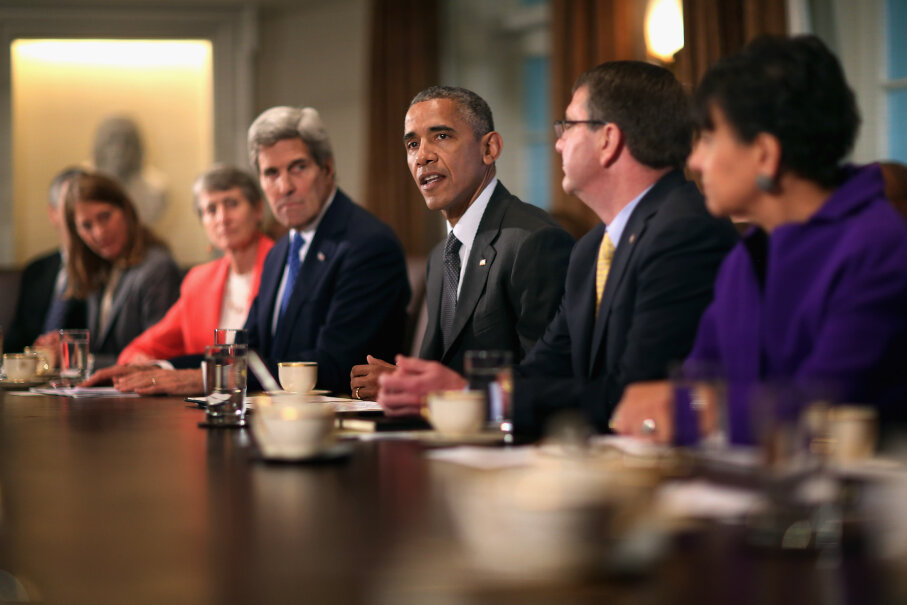 President Barack Obama makes a statement to the news media during a meeting with his Cabinet in 2015. Chip Somodevilla/Getty Images

It's a potent image of the United States government at work: The president, vice president, and the secretaries of each and every major federal department seated around the same mahogany table, forging solutions to the most critical matters facing the nation and the world. This is the Cabinet, the collective seat of executive power and the engine of the American president's policy agenda.

The U.S. Constitution establishes a government composed of three branches: the Executive, Legislative and Judicial. According to Article II of the Constitution, the power of the Executive Branch is vested in the president, who is also the head of state and the Commander-in-Chief of the armed forces. While not mentioned by name, the Cabinet is established in Section 2 of Article II, which states that the president "... may require the Opinion, in writing, of the principal Officer in each of the executive Departments, upon any Subject relating to the Duties of their respective Offices ..."

The Cabinet doesn't have the authority to write or enforce laws or policy. It's simply an advisory board to the president composed of handpicked senior officials. The Cabinet includes the heads of all 15 executive departments — all called Secretaries, with the exception of the Attorney General — plus the vice president and seven "cabinet-level" officials including the administrator of the Environmental Protection Agency and the White House Chief of Staff.

Here is a full list of the departments, agencies and offices represented in the Cabinet:

Members of the Cabinet are appointed by the president and must be confirmed by the Senate by a simple majority (51 votes). The Senate has rejected fewer than two percent of Cabinet nominees since 1789 [source: Senate.gov]. The list of Cabinet posts above also represents the official order of succession to the presidency from vice president through the secretary of the Department of Homeland Security.

Now let's look at the history of the Cabinet in America.

History of the Cabinet 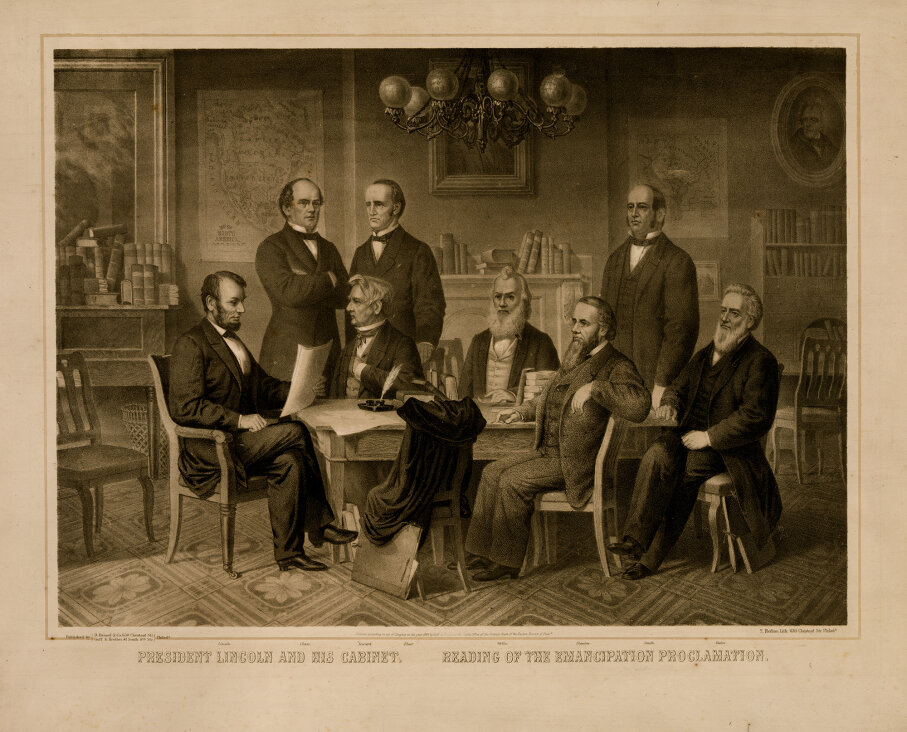 President Abraham Lincoln reads the Emancipation Proclamation, ending the practice of slavery in the U.S., to his Cabinet in 1865. Buyenlarge/Getty Images

Although the Senate plays a critical role in approving nominees to the Cabinet, it has traditionally respected the president's choice of his own advisers. Very few nominees have been rejected by the Senate, and almost none during periods when both the presidency and Congress were in the hands of the same party. In the 20th century, only two Cabinet nominees were rejected by the Senate (Lewis Strauss in 1959 and John Tower in 1989), both during periods of divided government [source: Senate.gov].

Next we'll look at one of the most important functions of the Cabinet: Cabinet meetings. 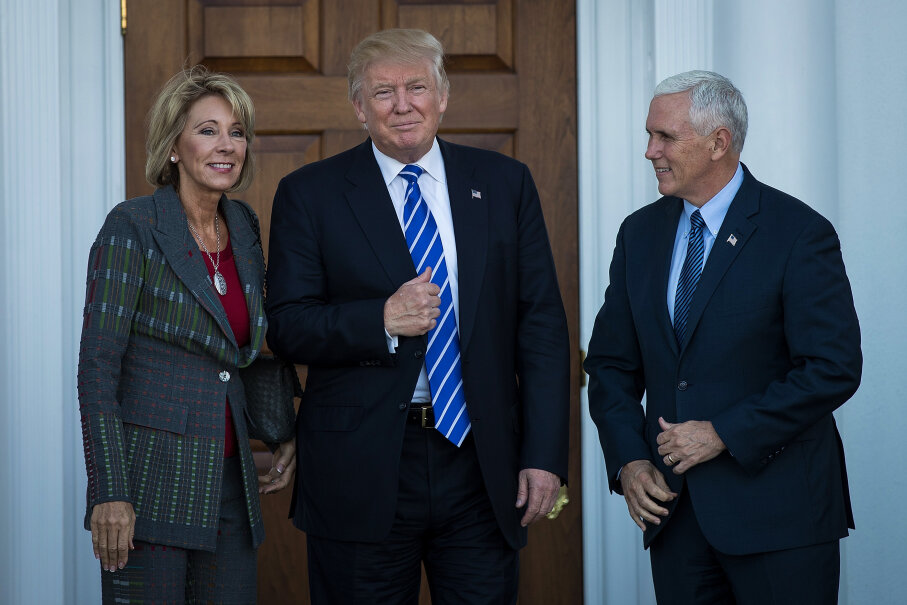 The members of the president's Cabinet represent his closest and most trusted advisors on critical foreign and domestic policy matters. While each member is in charge of the day-to-day business of his or her executive department, the president meets regularly with the Cabinet to discuss ongoing strategies to resolve everything from foreign wars to financial crises. President Obama convened a full Cabinet meeting at least every two months, but emergency Cabinet meetings are also held, such as the Cabinet meeting called by President George W. Bush on Sept. 12, 2001 [sources: WhiteHouse.gov; WhiteHouseMuseum.gov].

Cabinet meetings are held in the Cabinet Room, a small rectangular conference room on the first floor of the White House overlooking the Rose Garden [source: WhiteHouseMuseum.gov]. The Cabinet Room has been in its current location since 1934, when it moved from a second floor space now called the Treaty Room. Before 1869, the current location of the Cabinet Room was home to the White House stables [source: WhiteHouseMuseum.gov]. Insert manure joke here.

The president, vice president and Cabinet members sit around an oval mahogany conference table in leather-bound chairs, each bearing a bronze plate with the name of the department and the date the official took office. The order of the chairs correspond to the date in which each Cabinet position was created, with the Secretary of State seated to the president's right and the secretary of defense to his left [source: WhiteHouse.gov]. Tradition dictates that when a member of the Cabinet leaves his or her post, staff members buy the chair from the government as a parting gift.

Cabinet meetings are private, closed-door sessions. They are also the only time in which the president, vice president and every other executive officer in the line of presidential succession are found in the same room. Even during the State of the Union address, one member of the Cabinet is asked to watch from a second location to protect against a catastrophic accident or attack [source: WhiteHouse.gov]. After the Cabinet meeting is concluded, members of the press are invited in to take photos and to record the president's remarks on the work that was accomplished that day.

For lots more information about the U.S. government and executive authority, explore the related links on the next page.

It must be a heady experience, sitting around a conference table with the president and all of his most influential political advisers. Outside of Nixon's surreptitious tape recordings, we don't have transcripts of what goes on during Cabinet meetings. Do they go around in a circle, politely taking turns to share their opinions? Or is it a free-for-all? Do tempers flare up, voices rise and insults fly? We'll probably never know. A funny detail from this video on WhiteHouse.gov -- the Cabinet members must surrender their Blackberrys during the meeting. They write their names on Post-it notes, stick the notes to the back of their phones and drop them in a wicker basket before the enter the Cabinet Room. Easily the most entertaining image from the video is that basket and the Post-it on the top of the pile reading "HOLDER" with two underlines. I guess the Attorney General wants his phone back.