Moving On From a Breakup 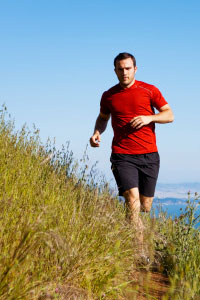 Moving on from a breakup can feel like a marathon.
DKP/Getty Images

Trite but true, the only cure for breakups is time. It's impossible to wrestle a romance-addled brain into submission and silence the echoes of past love at will. But as mentioned earlier, the brain's reward system gradually stops craving the presence of an ex-partner, and life returns to normal for all intents and purposes. In that way, adjusting to post-breakup existence centers on regaining the sense of self that was absorbed as a natural byproduct of coupling. A 2010 study from Northwestern University found that the longer the relationship, the more change participants anticipated experiencing post-breakup [source: Cosier]. Put another way, moving on from a breakup involves unraveling the "we" identity and finding the "me," a process academics are investigating further.

That personal evolution instigated by a significant breakup isn't necessarily a bad thing, either. In fact, heartbreak and recovery can lead to positive developments that may leave people better prepared for future romance. In seeking out the health-promoting aspects of a breakup, newly singles might pursue hobbies, fitness goals or reconnect with friends. Psychologists refer to that type of pain-fueled progress as "stress-related growth" [source: Tashiro and Frazier]. However, a 2003 study involving college students who had experienced difficult breakups found that post-breakup self-cultivation doesn't apply equally to everyone. For instance, rejected women reported the greatest breakup-fostered development [source: Tashiro and Frazier]. Perhaps by having to overcome the steeper emotional hurdles associated with getting dumped, as opposed to initiating a breakup, those women were more determined to positively learn from the heartbreaking incident.

On the bright side, the reality of breaking up ultimately isn't as bad as we might imagine. In 2007, Psychologists at Northwestern University asked participants who were in romantic relationships at the time to forecast the emotional fallout if a breakup occurred, then followed up with them soon after the affairs ended [source: Northwestern University]. It turned out that the men and women were on the mend much sooner than predicted. Counterintuitively, the more in love someone is, the better that person fares post-breakup, compared to his or her expectations [source: Northwestern University]. In that case, even romantic diehards can take heart that while falling out of love often comes with a hard landing, humans' emotional immune systems will quickly kick in to heal the cuts and bruises and get us on our way.

Despite the negative connotations of the term, rebounding after a breakup might not be such a bad idea. For people who exhibit anxious attachment patterns in particular, rebounding can facilitate emotional recovery by demonstrating that other potential romantic partners are out there [source: Spielman, Macdonald and Wilson].