The Emotional Mechanics of Heartache 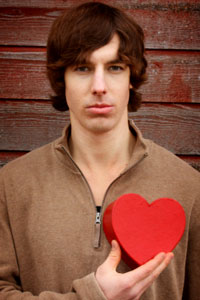 The psychological symptoms of a breakup aren't pretty. Relationship psychologists identify a spectrum of negative effects, including anxiety, depression, loneliness and suicide. Moreover, those on the receiving end of a breakup understandably experience a steeper mental freefall [source: Davis, Shaver and Vernon]. Recovering from the blow isn't a quick process, either. Eight weeks after getting dumped, 40 percent of people in one study exhibited signs of clinical depression, and 12 percent appeared moderately or severely depressed [source: Fisher].

Humans' profound emotional reactions to splitting up don't reflect an evolutionary weakness. Rather, it's a visceral response rooted in our mammalian drive toward social bonding that helps guarantee species survival and reproduction [source: Fisher]. That primitive compulsion undergirds the formation of romantic attachments, and how a person attaches to a partner partially determines how well he or she will manage a breakup from a psychological standpoint.

Just like men and women exist somewhere along a sexual spectrum that encompasses both opposite- and same-sex attractions, they're also scattered along a range of attachment styles. At one end sits anxious attachment, characterized by relational neediness and insecurity, and at the opposite is avoidant attachment that dodges commitment and openness. Anxiously attached partners have the most difficulty accepting breakups and are more likely to turn to unhealthy coping mechanisms, such as drugs and alcohol, to soothe their distress [source: Davis, Shaver and Vernon]. Avoidant types may simply cut ties with little care for providing closure.

Despite stereotypes of women as the clingier partners in heterosexual couples, attachment style, rather than gender, is more predictive of how strongly someone responds to breakups [source: Davis, Shaver and Vernon]. Also, considering that women initiate two-thirds of divorces, in a way, that gives them a statistical edge over men in terms of getting over relationships [source: Brinig and Allen]. And along with the psychological advantage of calling the breakup shots, women also tend to have more finely tuned emotional intelligence that may alert them to relationship red flags before men pick up on the signs of danger ahead [source: Choo, Levine and Hatfield].

But while people might be able to prepare the heart for hard times, the brain has a mind of its own.

Breaking up with someone can be uncomfortable for both parties, but doing it in a sensitive, thoughtful way can mitigate the emotional backlash. Elizabeth Svoboda at Psychology Today recommends doing it face-to-face, avoiding blame and acknowledging positive aspects of the relationship [source: Svoboda]. As quick and easy as it may seem, sending a mean text message isn't considered acceptable breakup etiquette.