The eyes of the world will turn to Brazil come August, when the world's top athletes descend on the South American nation for the Summer Olympic Games. Fans, followers and whoever designs those cereal boxes will be watching for the next Michael Phelps, Carl Lewis or Nadia Comaneci. Many folks are also likely to take a good hard look at Rio de Janeiro, the Brazilian host city known for poverty and crime where officials are scrambling to put on a pretty face before the games come to town.

Although Olympic organizers are already cutting costs, law enforcement leaders aren't pinching pennies when it comes to trying to keep Rio safe. They're investing a lot of cash in camera system technologies to help cops stop crime as it's happening, and track down bad guys on the move.

Simera is a wide-area motion imagery (WAMI) sensor system that draws on the power of 13 cameras and a bevy of sensors to capture a full range of activity across an entire city. The million dollar technology has largely been used in Middle East military surveillance settings (Simera is based on the Kestrel system, also produced by the company Logos Technolgies), but the camera system is also similar to eyes in the sky already perched over American cities like Baltimore and Chicago.

"Until now, WAMI sensors have been used either to protect U.S. troops in Iraq and Afghanistan or have been tested for domestic law enforcement and border security," says John Marion, president of Logos Technologies, via press release. "This will be the first time that this sophisticated technology has been exported abroad."

While experts say the vantage point will help stop crime and assist cops in catching bad guys, the technology also raises some privacy and other concerns.

"If it's used over a short term and for specific events, it makes a lot of sense," says Daniel Lawrence, a research associate at the Urban Institute's Justice Policy Center. "When we get into long-term use, then we get into questions about Big Brother."

The camera system's usefulness as a law enforcement tool is pretty straightforward. Simera can pinpoint suspects who are acting suspiciously, whether that's by hanging out somewhere they shouldn't be or getting too close to others on the street. It can also track a person of interest over time, giving cops a snapshot about the suspect's activities over the course of a day or more.

When police move in on a suspect, the camera can also follow the person if he or she tries to escape and help direct cops as they're hot on the trail. The company also envisions its system being used in disaster relief and in humanitarian emergencies – the entire system fits into two trailers and takes only two hours to set up.

Simera allows its operators to identify and monitor individuals from among an entire cityscape.
Logos Technologies

Still, not everyone is wild about the idea of government forces being able to watch their every move. Sure, we give up some rights to privacy when we go out in public, but that doesn't mean we expect Johnny Law to start stalking us on our next trip to the grocery store. Lawrence says the benefits of sensor and camera systems may be offset by impact on the relationship between a community and its police. If folks feel like they're being watched all of the time, they might not necessarily think the cops are looking out for them.

The trick, Lawrence says is to use the cameras for a specific period of time and a particular purpose. "In terms of equipping police with cameras in a very local and short-term presence, community members may be willing to accept that," he says.

Why Did It Take So Long to 'Discover' Planet Nine?

When It Comes to Q-Tips, We Do the One Thing We're Not Supposed to. Why? 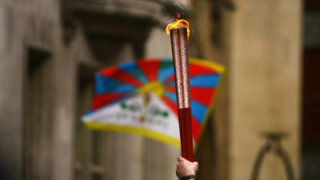 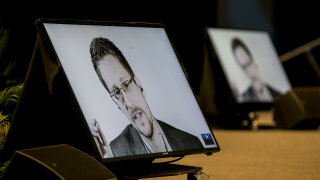 Can the government see what websites I visit? 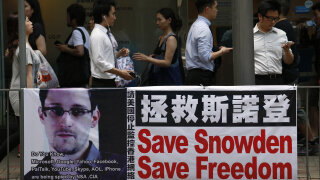