Safe, clean drinking water is as basic a human need as oxygen. We cannot survive without it. After the anthrax scare that followed Sept. 11, rumors hit the Internet that terrorist leader Osama Bin Laden planned to contaminate portions of the U.S. water supply. The government saw a vulnerable spot there and used the BTA to help keep the water supply safe.

Prior to Sept. 11, the Safe Drinking Water Act (SDWA) made sure that all tap water was free of contaminants and safe to drink. Title IV of the Bioterrorism Act of 2002 adds several provisions to the SDWA. These are known as the Drinking Water Security and Safety Amendments. 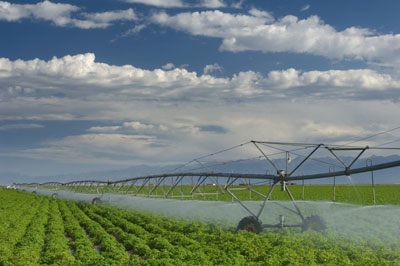 One of these provisions stated that any community water system (CWS) that serves more than 3,300 people must complete a one-time assessment of its vulnerability to attack by June 2004. These assessments were sent to the EPA administrator in charge of that CWS, and are safeguarded so that the assessments can't fall into the wrong hands. Additionally, the CWS administrative team was in charge of updating or writing new emergency response plans based on the vulnerability assessments. If you live in a rural area and worried that you may fall under the 3,300 person limit, fear not. Larger CWSs council and assist the smaller ones that don't have to report to the EPA.

The second provision requires the EPA administrator for each CWS to focus on prevention, detection and response. Part of this involves looking at the current methods of detection and making them better. Each administrator also focuses on how to best stop and contain contaminated water flow to keep it from reaching the public. The administrators also develop classes and training exercises for CWS employees.

The final SDWA provision requires administrators to look at ways a terrorist might disrupt or contaminate a water supply and then take measures to prevent them. When creating these scenarios, the administrator must consider the security of:

There are many ways to keep these facilities safe. Physical barriers like fences and gates are simple, but effective. Prescreening employees and keeping accurate employee records provides security from within. The administrator might also change facility locks and make sure manholes and fire hydrants are tamper-resistant.

To make sure everyone knows the government means business, strict new laws were passed that carry large fines and prison terms. If any employee gives out information about the vulnerability assessments, he or she can go to jail for up to one year. The punishment for tampering with public water systems jumped from a five-year maximum prison term to 20 years. The civil penalty went from a $50,000 fine to $1,000,000.

For more information on terrorism and what's being done to stop it, please visit the links on the following page.