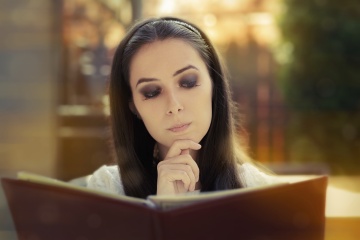 You're entitled to have kosher, vegan or vegetarian needs, just be aware that every situation might not be super accommodating and you may have to just be OK with that, or just bring your own options.
nicoletaionescu/Thinkstock

It probably takes a special kind of person to believe that simply having dietary restrictions is rude. Does one frown at those who eat kosher? Roll their eyes at food allergies that have caused anaphylactic shock? Talk in critical, hushed tones when confronted with a special-needs child who has trouble swallowing liquids? Let's hope not, and assume instead that we're asking a more nuanced question:

Should some voluntary diet regimes be jettisoned for, say, dinner parties or hosted events?

That's better, isn't it? Unfortunately, it also complicates our answer. Whereas before we could just get indignant and broadly declare everyone's right to eat whatever they want, now we face questions of courtesy involving a host or other guests. As more people choose different lifestyle diets (such as Paleo or Atkins) or earnestly engage us in discussions about the beautiful clarity they've reached without gluten or white sugar in their lives, are we all required to accommodate each person's diet?

Let's take this first from the perspective of the picky eater. There are times when it's appropriate – perhaps even desirable – to make a dietary restriction known to a host, or to plan ahead for an event that might require you to bring food. If you're invited to an intimate dinner party, perhaps, it might be best to let your host know if there's anything you are avoiding. And let's make sure that's done upon acceptance of the invitation, not two hours before the party starts.

Bigger events could be trickier – but only if you make the assumption that your diet must be accommodated. Please don't ring up the bride and make sure the wedding cake is gluten-free. Don't berate the catering staff of a fundraising gala for not including stevia sweetener in the beverage service. If you're one of many, you can politely pick at the food and then complain about it later, like everyone else.

The dietary choices people make have gotten more complicated in the past few years, and the "necessity" of some of these decisions has gotten more vague. So if you're the host of an event or social gathering, you might find yourself trying to decide whether to ask everyone on the guest list their wants and needs. While you might be able to provide something for everyone by doing so, you also run the risk of resenting your guests before they step in the door.

Every host should wait at least until after dessert to begin growing tired of company. So give a good-faith attempt to ask if there's anything guests are specifically avoiding when they accept an invitation to dinner. If the demands are too intense, do what every harried person has done since the beginning of time: Fake a stubborn cold the day before, cancel the gathering and eat whatever you care for by yourself.