What Is an Annulment, and How Is It Different From a Divorce? 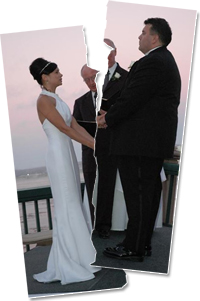 Divorce is a common ending to marriage. Learn about types of divorce, divorce lawyers, the divorce process, and child support and alimony payments resulting from divorce.
Photo courtesy Morguefile

Like divorce, annulment also dissolves a marriage; but unlike divorce, it indicates that the marriage never happened. An annulment is often required in the Roman Catholic Church in order for someone to remarry. Grounds for an annulment vary by jurisdiction but usually include:

Annulments are most common when couples have not been married for very long. One annulment that made the news in 2004 dissolved the marriage of Britney Spears to her childhood sweetheart Jason Allen Alexander. They were married at a wedding chapel in Las Vegas on January 4, 2004. But by January 5, Britney had filed for an annulment in a Nevada court. She claimed she "lacked understanding of her actions to the extent that she was incapable of agreeing to marriage because before entering into the marriage the Plaintiff and Defendant did not know each other's likes and dislikes, each other's desires to have or not have children, and each other's desires as to a state of residency." The annulment was granted within a couple of hours.