Al-Qaida As It Stands 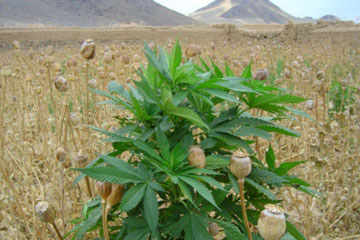 Al-Qaida and the Taliban have long used profits from Afghanistan's poppy harvests to finance their political and military aims.
iStockphoto/Thinkstock

Now that we've discussed the origins of al-Qaida, along with the current structure and leadership, what is the present threat like?

There's good news and bad news. The good news is that because of the upheaval in hierarchy and organizational style, al-Qaida isn't as much of a threat to plan, create and pull off a 9/11-type attack. The leadership just isn't there, nor is the country that can provide a safe base of operation.

But that doesn't mean that al-Qaida is no longer a global menace. The organization is operational in some 60 countries, each of which could have the potential to create a haven for a larger movement [source: Wiseman]. And it's not like al-Qaida is just setting off sparklers in local areas. The group is bent on attacks that are designed to kill a lot of people and create enormous fear in the general public.

It also doesn't mean that the U.S. or the West is safe. Al-Qaida is still extremely dedicated to its larger, international mission to destroy Western influence. Their targets, while not in the U.S. or Europe, might be allied with them -- consulates or embassies, say. Keep in mind, too, that it's extremely difficult to thwart a small, insular operation conducted by a limited cell.

And it's not just terror operations that make al-Qaida a menace. Its financing is largely derived from illegal activities, and -- like its networks -- it seems to be a self-sustaining model for each cell. That means that local activities appear to fuel each network, like the opium and heroin trade in Afghanistan and kidnapping ransoms in North Africa. The U.S. Drug Enforcement Agency even found that al-Qaida was working with drug trafficking groups in South America [source: Ehrenfeld]. Donors in Saudi Arabia, bin Laden's home turf, also provide an enormous amount of funding to al-Qaida and affiliates.

Want to know more about al-Qaida and its most recent iteration? Read on for lots more information.

It's rare that I fear the government knocking on my door when I write a HowStuffWorks article (although who doesn't want to know how to install a window in their home?), but this one had me pretty convinced I would have to cough up a search history for some G-men. It didn't happen (yet), but not because al-Qaida 3.0 is no longer a threat. If anything, I found from my research that ignoring the smaller cells could do the rest of the world a grave harm in the long run.