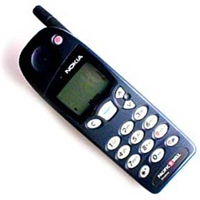 As of 2006, more than 8 million people in the United States use a cell phone as their only phone­. Public-safety agencies report that wireless calls make up anywhere from 30 to 50 percent of 9-1-1 calls. Until recently, when someone called 9-1-1 from a cell phone, no information appeared on the call-taker's screen even in enhanced 9-1-1 systems, and the call wasn't always routed to the nearest PSAP to the caller's location. It could end up at any PSAP in the remote vicinity, depending on how the individual wireless provider had set up 9-1-1 routing. Local 9-1-1 systems have been implementing changes to 9-1-1 to allow for greater wireless compatibility, and upgrades are still happening now. The FCC has defined the upgrades in two phases:

­There is no standardized method of implementing Phase II, so wireless providers, in conjunction with local public-safety agencies, are using various setups for providing cell-phone location information to PSAPs. There are two basic approaches: handset-based and network-based.

The handset-based solution is pretty straightforward. The phone you carry around has a full GPS receiver built-in, and when you dial 9-1-1 on the phone, the GPS receiver locates itself using satellites orbiting overhead. It taps into radio signals emitted by at least three satellites and times how long it takes the signals to reach the receiver. Using trilateration, the receiver can then determine its location (see How GPS Receivers Work to learn all about trilateration). What happens next varies with different systems, but one typical approach is pretty much a mobile mirror of the landline Enhanced 9-1-1 process. When your call reaches a cell phone antenna, the antenna sends not only your voice data and phone number, but also the latitude and longitude coordinates generated by the GPS receiver to the mobile switching station. The mobile switch either forwards the call to the dedicated 9-1-1 switch (the same ones used by landline calls) for PSAP routing or routes the call itself to the nearest PSAP, depending on the routing path the wireless carrier chooses. At the PSAP, mapping equipment (typically the CAD equipment discussed in the previous system) converts those coordinates to a street address that the call-taker can understand and provide to the dispatched emergency personnel. Verizon Wireless, Nextel, Sprint PCS and ALLTEL use a handset-based system.

The network-based solution is different from the handset method only in how the phone generate its latitude and longitude coordinates. A common implementation of network-based location-finding involves putting additional radio equipment on network base stations so that, in essence, they act something like a GPS receiver. When you dial 9-1-1 on your phone, the phone sends out radio signals to at least three of these towers, and the receiver in each tower times how long it takes for each signal to reach its receiver. Using trilateration (the same method used in GPS technology), the network can then pinpoint the location of the cell phone to an accuracy of 100 to 300 meters. Once the network has the latitude and longitude coordinates of the phone, it can send them with your voice call to the network switching station. AT&T Wireless, Cingular and T-Mobile use a network-based method.

While your cell phone almost certainly has basic 9-1-1 capabilities at this point (meaning you can dial 9-1-1 and reach a PSAP, even it's not the closest one to where you're calling from), implementing these wireless service improvements requires a collaboration between public safety agencies and all of the wireless carriers in your area, so it's a complicated process. Funding is often a problem, because both primary methods for generating cell-phone locations are pretty expensive, and there is no set rule about who should pay for the upgrades -- wireless-plan providers? Wireless-phone users? PSAPs? In at least one instance, a landline phone company has demanded a per-call routing charge for every wireless 9-1-1 call that ends up at the phone company's dedicated 9-1-1 switch.

In most cases, some combination of the involved groups funds the implementation of wireless 9-1-1 services; but in a lot of areas, there's just not enough money to do the upgrades. So it's not a slam-dunk that your call to 9-1-1 is going to be a smooth, Phase II experience. Also, depending on when you bought your handset, it may or may not be capable of taking advantage of these improvements (although most are by now). Call your wireless provider to find out which type of location-finding system it uses and whether your particular phone model is equipped to take advantage of the system.

If you have a serious emergency and you need to call 9-1-1 from your cell phone, play it safe -- remember, depending on where you are, there's about a 20 percent chance that the call-taker does not even see your phone number on his or her screen. The first thing you should do is tell the call-taker what and where the emergency is. Remember, there's about a 35 percent chance that the call-taker has no precise information about where you are. You must remember to provide the location information quickly, because if the call gets dropped early on and the call-taker doesn't have your number, he or she can't even call you back to get the location. Next, provide your cell phone number clearly so if the call does get dropped, the call-taker can call you back to continue helping you.

The recent rise in VoIP services has also led to some challenges for 9-1-1 service. We'll look at these next.