by the Editors of Publications International, Ltd. & Laurie L. Dove
Prev NEXT
1

The Curse of the Kennedy Family 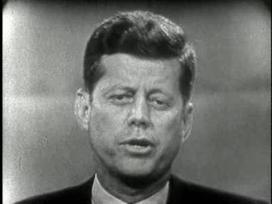 Whether JFK was cursed or not, both his work in politics and his assassination are much discussed to this day. Learn more the late president and his family in these videos.
HowStuffWorks

All right, so maybe if this family had stayed out of politics and off of airplanes, its fate might have been different. Regardless, the number of Kennedy family tragedies have led some to believe there must be a curse on the whole bunch:

For lots more information on famous curses, see the links below.