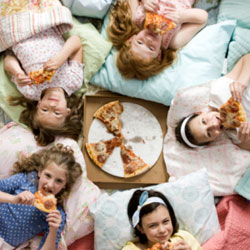 If "Tiger Mom" Amy Chua is an ally of parenting pioneer L. Emmett Holt, who urged regimented feeding schedules and no cuddling, then Bryan Caplan is the G. Stanley Hall equivalent, offering a softer approach to child rearing. Caplan is a George Mason University economist and founder of serenity parenting, which posits that behavioral genetics ultimately win out over heavy-handed parenting, so moms and dads should cut themselves some slack. In other words, nature triumphs over nurture, according to research that has found parenting practices make a negligible difference in child development beyond early adolescence [source: McVeigh].

Caplan's serenity parenting that he outlines in "Selfish Reasons to Have More Kids: Why Being a Great Parent is Less Work and More Fun Than You Think" also echoes un-parenting, another alternative child rearing method that insists on listening to and addressing kids' needs and desires, instead of immediately making authoritative decisions on their well-being [source: Law]. Child psychologists may shake their heads furiously at the notion that parents hold little long-term sway over their kids, but Caplan takes comfort in DNA and preaches a gospel of having fun -- by eating pizza in front of the television, for example -- while you can.