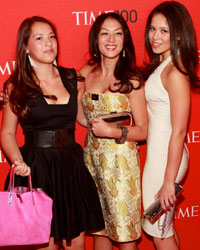 In 2011, Yale Law School professor Amy Chua became the poster mom for extreme parenting. That year, an excerpt from her book "The Battle Hymn of the Tiger Mother" published in the Wall Street Journal and ignited an online furor over her admission that she never allowed her two daughters to indulge in typical kid pastimes like sleepovers, school plays and watching television [source: Chua]. Extreme, or hothouse, parenting like Chua's "Tiger Mom" brand severely restricts children's activities and social exposures, generally steering them toward rigorous academic pursuit with the goal of kick-starting profitable careers from an early age. It also disregards softer parenting principles that emphasize building up children's self-esteems in favor of harshly pushing them to the edge of their performance capabilities.

Although the "Tiger Mom" angle didn't sit well with many American mothers, psychologist David Anderegg suggests that kids raised under extreme parenting methods will be fine, as long as they understand why strict boundaries have been established [source: Anderegg]. In Chua's case, her daughters Lulu and Sophie were consistently reminded of achievement goals their mother wanted them to reach. And in response to the public vitriol against her mother, Sophie Chua published a column in the New York Post to offer her side of the "Tiger Mom" catfight. The headline? "Why I love my strict Chinese Mom" [source: Chua-Rubenfeld].