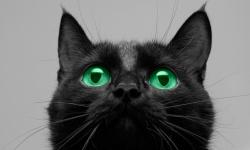 Black cats' association with the devil was bad news for the women whose paths they crossed.
Ruslan Olinchuk/Hemera/Thinkstock

Some superstitions leave you shaking your head, while others have such surprisingly rational origins that it makes sense they've endured over the years, even as lives and circumstances have changed through the centuries. While it's easy to dismiss seemingly baseless superstitions related to horseshoes and four-leaf clovers, it's tougher to argue with superstitions firmly rooted in reality rather than magic.

Sure, times have changed, and maybe these cautionary tales are no longer needed, but at one time, they were valuable — keeping people safe, helping them avoid danger or allowing them to explain away unhappy events. Even in modern times, when people are widely educated and know that some of these superstitions are silly, many live on out of habit — or because people choose to follow them "just in case."

Many have become insurance policies of a sort, as people are willing to alter their behavior or make small changes in the off chance they might reap a bit of luck or increase their odds of success. Sure, there's no proof that any of it actually works, but if it only takes a bit of extra effort, why not take a chance?

A black cat crossing your path is a universal symbol of bad luck and may drive some suspicious folks back home to hide under the covers. At first glance, this superstition may seem silly. Black cats are just simple house pets that want no more than the occasional treat and a warm place to sleep at night, right? These cats may seem innocent to most of us now, but just a few short centuries ago, having a black cat cross your path was enough to get yourself sent to the gallows — or burned at the stake.

In 1233, Pope Gregory IX wrote his "Vox In Rama," which likened black cats to incarnations of the devil. Having the Pope compare an animal to the devil himself was enough to give black cats a sinister air for both Christians and non-Christians alike. Over the next few centuries, black cats were rounded up and burned in an effort to punish the devil for his wicked ways. Soon, the black cat's evil reputation spread to its owner, branding anyone who possessed or associated with one of these animals as a witch. While few records exist to tell the tale, it's highly possible that more than a few innocent people were put to death as witches simply for being in close proximity to a black cat [source: Bradshaw].

Even now that owning these creatures is considered safe, the lingering memory of black cats and witchcraft is still enough to give people pause.

Take heart, ladies: The old superstition that women bring nothing but bad luck on boats hasn't stopped women from playing a prominent role in the U.S. Navy — or on fishing, sporting and commercial vessels around the world. Here in the 21st century, women work side-by-side with men, performing many of the same duties, with some even captaining vessels, turning age-old seafaring superstitions and traditions on their head.

Despite growing gender equality, the idea that a woman on a boat brings bad luck still lingers in some corners of the boating world, and if you consider the rationale behind the myth, you just might understand — even though it's hardly the woman's fault.

The notion that women bring bad luck when permitted to board a vessel dates back to a time when exclusively male crews spent months at sea, living and working in tight quarters. Inviting a woman on board during that time was thought to invite trouble as well; the woman would almost assuredly suffer from unwanted advances, and any blossoming relationship might result in jealousy, anger and fighting among the crew — not good ingredients for a successful voyage [source: Hanauer]. 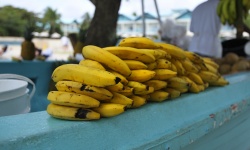