A Missile Hit the Pentagon 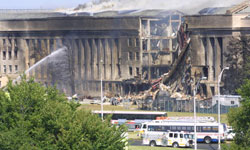