No Offense: 5 Passive-aggressive Sayings We Can Do Without

by Michelle Konstantinovsky Nov 6, 2017
Did he really just say that? Oh no he didn't. Yuri_Arcurs/Getty Images

It can hit you out of the blue like a punch in the gut.

"You've accomplished so much for someone with your education."

BAM. You've been assaulted in the least violent way possible, and yet the hit stings. A lot. That's right — you've been hit with passive aggression.

Whether or not you're familiar with the term, you've undoubtedly encountered passive-aggressive behavior at some point — and potentially doled it out yourself. It can play out in a variety of ways — a backhanded compliment, an irritated eye roll, a deliberately late appearance to an undesirable engagement. But the execution is typically the same: anger expressed in a way that isn't overtly hostile.

"Most of us think of aggression as behavior that involves at least loud yelling or screaming but — and I'd like be to explicitly clear on this point — there is absolutely nothing passive about this type of communication," says Los Angeles-based marriage and family therapist Alyssa Mass. "It may appear, on the surface, less frightening, less abusive and less painful, but quiet aggression is aggression."

There's no single reason someone behaves in a passive-aggressive way, but experts believe the symptoms are pretty consistent: intentionally doing things inefficiently, avoiding responsibility, or refusing to directly state concerns or needs.

"The reasons behind these statements are about as varied as it can get," Mass says. "They may reflect someone's inability to directly address something that's bothering them, but they may also be used to self-protect. There's also the question of, if this is how someone communicates to other people, do they also communicate to themselves this way? In a very loose generalization, I would say statements like this are more a reflection of something going on with the speaker — but what that is could be almost anything."

Even if you don't know someone's specific reason for acting passive-aggressively, you can usually spot the behavior immediately, particularly when it plays out in speech. "In linguistics, being 'passive-aggressive' is related to a speaker's semantic, syntactic and pragmatic choices," says Jenny Lederer, Ph.D., assistant professor of linguistics at San Francisco State University. "A passive-aggressive speaker will often frame their commentary as polite, while actually conveying negative sentiment.

For example, someone might begin with a compliment, "I really like your dress ..." or some sort of preface, "don't take this the wrong way ..." and pair it with a negative question with a hidden message: 'Isn't that style from last year?' (i.e., that style is old)."

My yoga teacher, Dana Damara, often says the term "fine" is actually an acronym for "F*#%!ing Incapable of Normal Emotion." While I can't confirm the authenticity of the origin of that story, some experts may be inclined to side with Damara, regarding "fine" and all similar sentiments as passive-aggressive. "Most people who make snide remarks and throw verbal punches aren't aware that they're feeling angry or hostile," says San Francisco psychologist Juli Fraga. "Statements like, 'I'm not mad,' and 'I was only joking,' are statements that can cause one to feel emotionally trapped. Often, you can tell someone is upset and yet they're denying their feelings, which can make it difficult to sort through conflict — mainly because there's no honesty happening in the conversation."

We get it, Brad in accounting, you want to take credit for that major win at work. But steamrolling over someone else's accomplishments by "modestly" announcing your own victory isn't cool.

Is there anything worse than feeling hurt by someone's words or behavior and then being scolded for your thin skin? "Statements like, 'Why are you getting so upset?' and 'You're always so sensitive' move beyond passive-aggressive behavior," Fraga says. "These statements are accusatory, blaming the other person for having feelings that make us feel uncomfortable. In Freud's words, this is classic projection — a defense mechanism that allows us to project our painful feelings and anxiety onto someone or something else. Often when these statements are shared, the sharer is the one who is sensitive and upset. Twisting and turning things around is a way for one to deny their angry/vulnerable feelings, which may temporarily help bury shame, but ultimately keep us 'stuck' in unhealthy relationship dynamics, preventing us from being our most authentic selves."

No, nope, stop — literally anything you say after those words will sound racist. Prefacing offensive statements with qualifying language does nothing to soften the impact of the words. "Passive-aggressive discourse is a way of masking criticism, negativity and noncompliance by linguistically distancing ourselves from the slander or critique," Lederer says. Spoiler alert: It doesn't work.

Oh, but didn't you? According to Signe Whitson, sociologist and author of "The Angry Smile: The Psychology of Passive Aggressive Behavior in Families, Schools, and Workplaces," passive-aggressive people tend to be major procrastinators. "While all of us like to put off unpleasant tasks from time to time, people with passive-aggressive personalities rely on procrastination as a way of frustrating others and/or getting out of certain chores without having to directly refuse them," Whitson wrote for Psychology Today.

So now that you know the types of phrases that indicate major passive aggression, how do you eliminate them from your life? Facing issues head-on could be the solution. "As a culture, we often have difficulty owning and expressing our anger," Fraga says. "We may believe that if we deny uncomfortable feelings, they'll go away. However, even if we don't realize it, feelings find a way to get expressed. And when we don't discuss and disclose them honestly, passive aggressive behavior can ensue."

Now That's Interesting
Author Signe Whitson has compiled a list of some of her favorite examples of passive-aggressive behavior on the big screen. Jennifer Aniston and Vince Vaughn's "The Break-Up" makes the cut, and so does "Meet the Parents," particularly for the comments Robert DeNiro's character makes about his son-in-law's job as a nurse.

Why Do We Get So Much Pleasure From Symmetry? 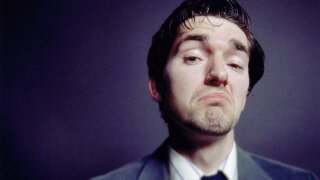 Sarcasm Is Good for the Office. Yeah, Right. 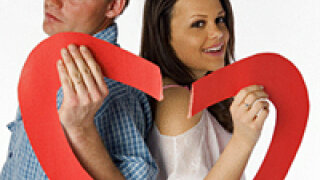 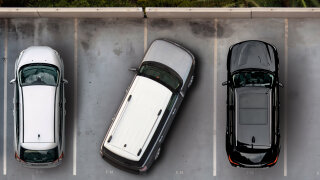 Taking Up Two Parking Spaces Is Clearly Horrible, But May Not Be Illegal