Don't Bring Babies Near the Bed 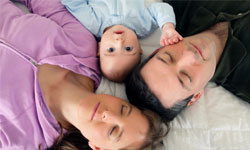