Kids Need Parents of Both Genders 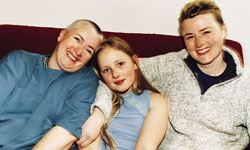