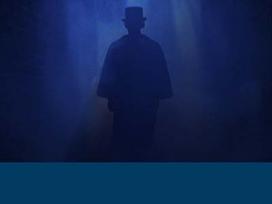 From March 2009 to April 2009, 43 people in the United States died during murder-suicides, stirring speculation that copycats were becoming inspired by real-life crimes. One of the most publicized incidents was the shooting of 13 people at the American Civic Association in Binghamton, N.Y., before the gunman turned his weapon on himself. In addition, from 2008 to 2010, there were a series of parent-child murder-suicides in states from California to Maryland [source: Sandberg].

While researchers point to a possible combination of factors that may be responsible for the increase in murder-suicides -- economics, unemployment and passionate motives like jealousy -- they also revealed that suicides alone are a largely seasonal event, as evidenced by an uptick in self-inflicted deaths each spring. There's also often an increase in the suicide rate in the areas surrounding a highly publicized suicide. However, there's no conclusive evidence that murder-suicides follow the same patterns -- even if there have been an unusual number of murder-suicides within specific time periods [source: Szalavitz].

For more about the crimes and topics discussed in this article, check out the links below.