by Stephanie Watson & the Editors of Publications International, Ltd.
Prev NEXT
15

Studs Terkel: "Curiosity did not kill this cat." 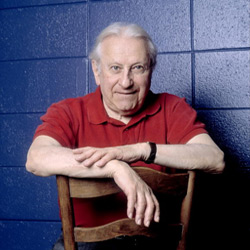 Curiosity certainly didn't kill Studs Terkel. In fact, it defined the career of this Pulitzer-prize winning author and radio host. Terkel, who was born Louis (he took his nickname from the fictional character Studs Lonigan), spent much of his life interviewing average Americans. Using a technique he called "guerilla journalism," he gathered hours and hours of conversations, weaving together a vibrant oral history of America. Terkel announced his own epitaph years before his 2008 death at age 96. In the postscript to his memoir, "Touch and Go," he called curiosity the attribute that "has kept me going."