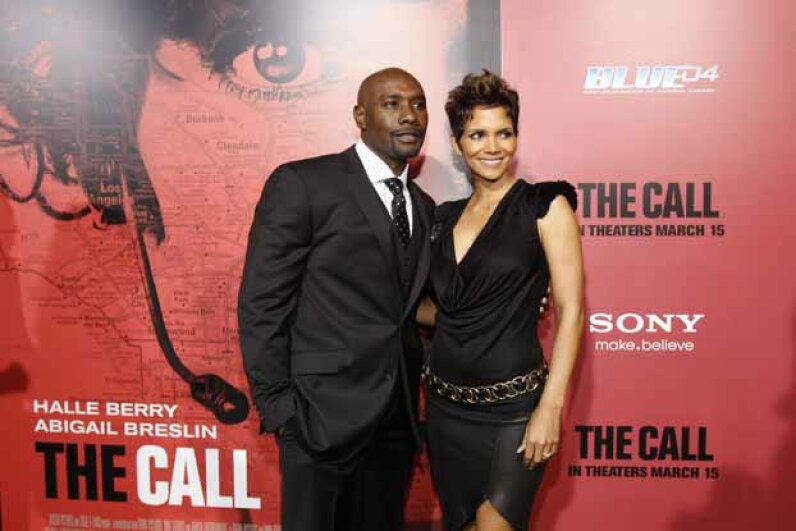 Halle Berry (R) poses with co-star Morris Chestnut at the premiere of "The Call," a movie about a 911 dispatcher. See pictures of a day in the life of a police officer. © MARIO ANZUONI/Reuters/Corbis

There are real emergencies and there are emergencies that exist only in people's minds. Of the 240 million calls the United States 911 system handles each year, a staggering amount— more than half in many cities — have absolutely nothing to do with life or death [sources: Sampson, National Emergency Number Association ]. Millions of gadget-impaired Americans accidentally "butt dial" 911 with their pocketed cell phones. Kids call to complain about their dinner. And highly intoxicated people call 911 to report that the moon has morphed into a UFO.

Experts expect the problem to worsen as cell phone use increases. And "phantom dialing" (dialing unintentionally, with your butt or otherwise) is the worst culprit [source: Sampson]. But not the only one. We've scoured the news reports and late-night talk shows to find the 10 worst reasons people have called 911. As ridiculous as these calls are, remember kids (and immature adults), it's a crime to make a nonemergency call to 911. Abusing the system can bring fines and even jail time. Or worse, you end up in a list like this one.

They Think They're Dead 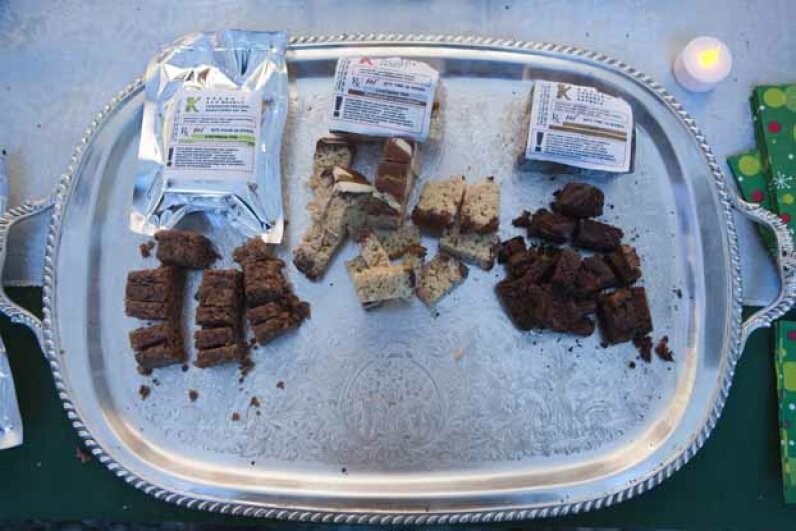 Samples of brownies with marijuana await participants on Dec. 11, 2010 at the 7th annual Emerauld Cup. The Emrauld Cup has been described as the "Oscars of the marijuana world." Gilles Mingasson/Getty Images

A series of poor decisions led Michigan police officer Edward Sanchez to call 911 in April 2006 to report that he and his wife were "dead."

Sanchez eventually chilled out enough to make his first smart decision of the day (possibly the decade): He resigned from the police force to avoid prosecution [source: Time].

Their Phone Hates Them 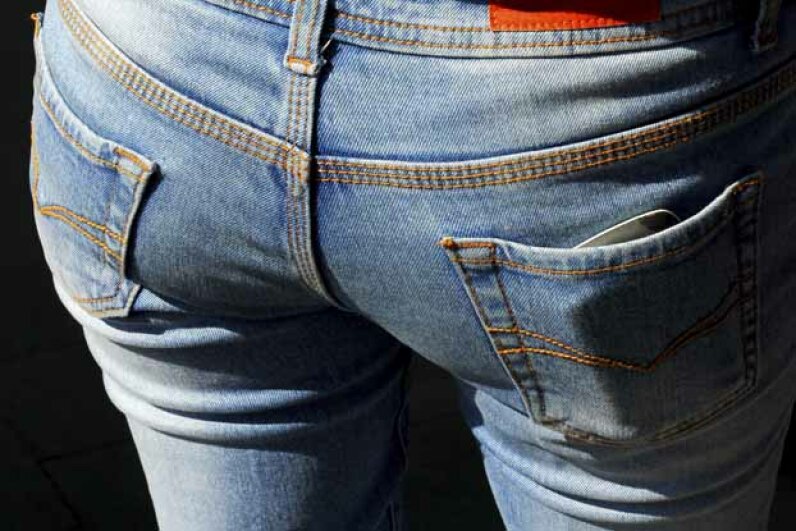 Butt-dialing is a hazard for some cell phone owners. And it can be a real problem for stupid crooks. iStock/Thinkstock

If you take one lesson from this article, let it be this: lock your keypad! A shocking number of fumbling thieves and drug dealers have accidentally dialed 911 while openly discussing their recent or ongoing criminal behavior.

In July 2013, 911 dispatchers in Oklahoma picked up what appeared to be a dropped call. Then they overheard muffled voices saying not-suspicious-at-all stuff like, "I didn't get through half the house," and "We're good. I got enough jewelry. We're good." Cops picked up the brainiac crooks trying to pawn the stolen booty [source: Maune].

Earlier the same year, 911 dispatchers in Fresno, Calif., were dumbfounded to overhear a conversation between two dudes as they hatched a half-baked plan to break into a car; proceeded to break into said car; and announced loudly that they had found prescription drugs. ("They're Norcos, yeee-ahhh!") They then sped away [source: Burton]. The dispatchers continued to listen in — giggling, we assume — as the cops pulled the suspects over and arrested them. 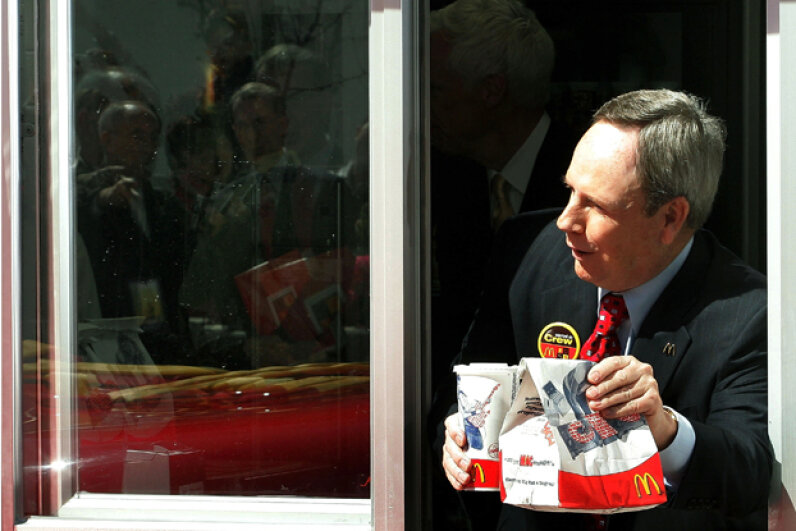 McDonald's CEO Jim Skinner is seen at the drive-through window during the celebration of the chain's 50th anniversary in Chicago, 2005. Let's hope he didn't cause any emergency calls for wrong orders. Tim Boyle/Getty Images

A worrisome amount of Americans have confused 911 with some kind of sandwich SWAT team, calling in the police to solve their drive-through "crimes."

There was the guy in Connecticut who called 911 complaining that he had "specifically asked for little turkey and little ham, a lot of cheese and a lot of mayonnaise" and needed the full force of the law to fix his deli order [source: AP]. A Florida man called 911 with a similar "special sauce" emergency, then called back when police hadn't responded quickly enough [source: Reader's Digest].

And then there's Raibin Osman, the unfortunate Oregon man who had to explain to his cellmates at county jail why he was spending the night in prison: A McDonald's employee had forgotten to include an orange juice with his drive-through order. When he alerted authorities to the missing juice scandal, they informed him that he was abusing the 911 system, and when he refused to calm down, they arrested him [source: KATU News].

She Has a Love Emergency 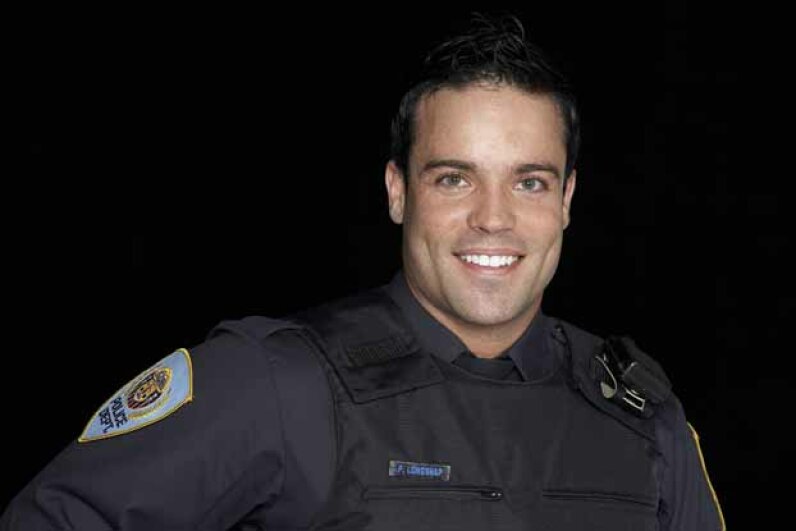 If a cop as cute as this came to your door, you too might be tempted to call 911 to get him to come back. Jupiterimages/Photos.com/Thinkstock

In 2006, Lorna Dudash of Aloha, Ore., mistook 911 for a dial-a-cop dating service. Apparently, a pair of police officers had knocked on her door and kindly asked her to turn down her music. After they left, Dudash called 911 and had this fascinating exchange with the dispatcher:

Dudash: "No ma'am, I don't. I don't have an emergency. Two police officers just left my house just now .... Would you send them back my way?"

Dispatcher: "You need them to come back there?"

Dispatcher: "Why do you need them to come back there?"

Dudash: "Because I have an emergency ... I'll think of something."

It wasn't long before Dudash dropped the charade and got "real" with the female dispatcher.

Dudash: "Honey, I'm just going to be honest with you, OK? I just thought he was cute. I'm 45 years old and I'd like to meet him again, but I don't know how to go about doing that without calling 9-1-1. I know this is absolutely in no way, shape or form an emergency."

The ruggedly handsome police officers were more than happy to return ... to arrest Dudash for misusing 911. Let's hope she at least got their names this time. It'll make a great story at their wedding, or her restraining order hearing [source: Crezo]. 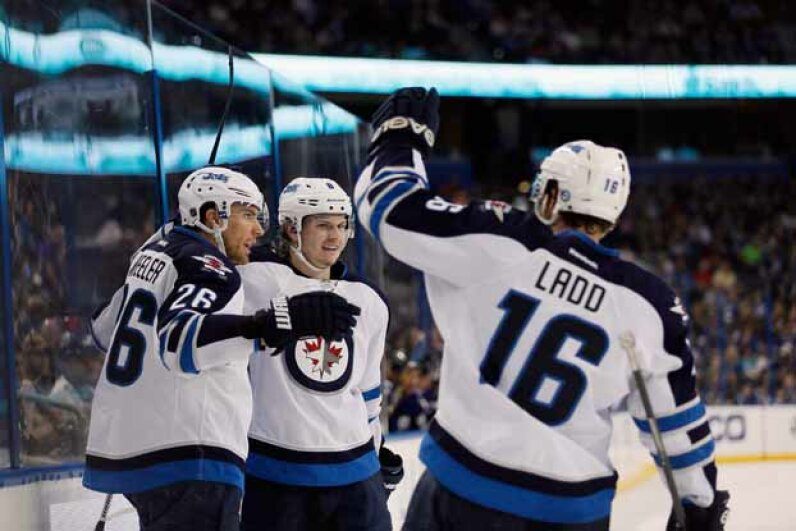 The Winnipeg Jets celebrate a win over the Tampa Bay Lightning in 2013. Looks like the irate caller's wish came true. Scott Iskowitz/Getty Images

Some people will go to great lengths to avoid leaving the house for a fresh pack of cigarettes. In 2010, a slightly unhinged Canadian man made repeated calls to 911 (Canadians use that number too) demanding with increasing fervor that the police help get the Winnipeg Jets professional hockey team to return from NHL exile in Atlanta. To his credit, ice hockey in Georgia makes as much sense as beach volleyball in Saskatchewan.

After 911 dispatchers warned him (politely, of course — they're Canadian) that another call would land him in jail, the man welcomed a visit from the Royal Canadian Mounted Police, adding, "If you're coming to get me, can you bring me some smokes?"[source: McIntyre].

They Want a New Family 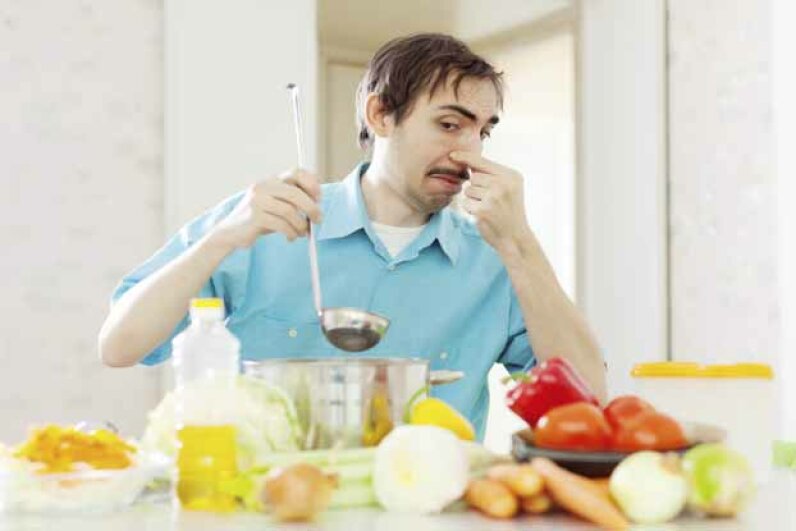 If you had to eat this, you might be calling 911 too. iStock/Thinkstock

Again, there's a lot of confusion about what qualifies as a legitimate reason to call 911. Some folks — many of them drunk — believe that the police should function as society's "parents," swooping in with sirens blaring to settle petty disputes between bickering spouses and whining grown children.

"Mom took my beer away." That was the chief complaint of a very drunk 32-year-old Florida man who wanted his mother arrested for... what, exactly? Child abuse? [source: Harwell].

In a similar vein, a Texas woman named Elsa Benson called 911 alleging that her husband "did not want to eat his supper." Granted, the woman was a serial 911 abuser who had called 30 times in six months for non-emergency reasons, including when she couldn't find her favorite shirt. Benson was arrested and charged with 911 abuse [source: New].

She Forgot How a Car Door Works 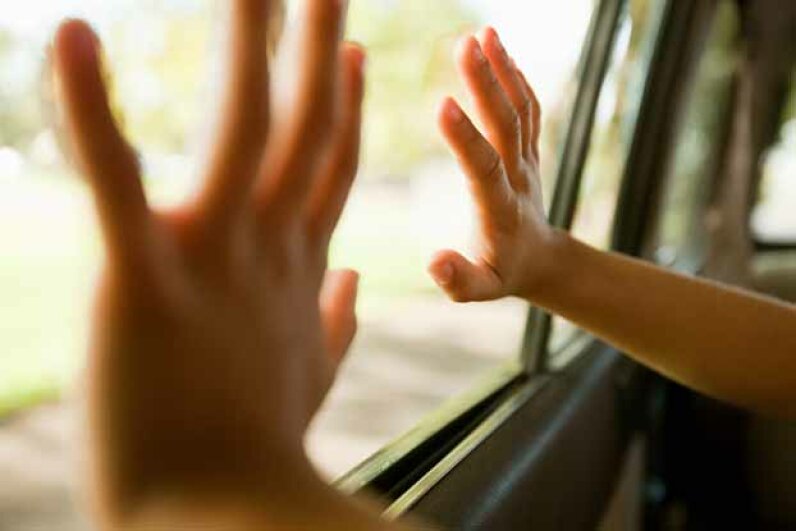 Forgetting how to open your own car door should not be a reason to call emergency services. Image Source/Getty Images

Sure, it's easy to make fun of someone who calls 911 when they lock themselves in their own car, but put yourself in this woman's shoes. First of all, you live in Florida, which appears to be the source of 90 to 98 percent of all absurd 911 phone calls. Plus, it's hot and muggy all the time. So when you find yourself sitting in a Walgreen's parking lot, suddenly unable to open the car door with the normal switchee thingee, you might start to panic.

You're sweating, the car won't start and the windows don't roll down. In a fit of Sunshine State insanity, you do the only thing that comes to mind: you call 911. Only after the dispatcher calmly advises you to manually unlock the door — with just a hint of disbelief in her voice — do you realize what an idiot you have been [source: Crezo]. 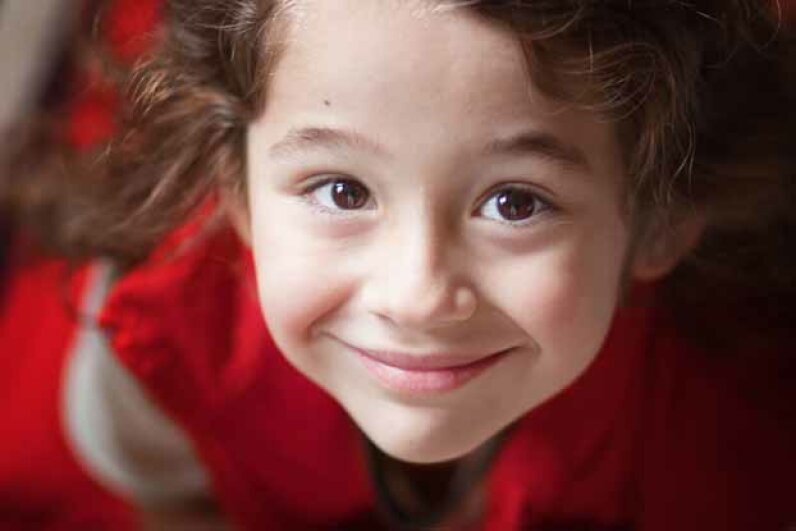 It helps to be a cute 4-year-old when you dial 911 frivolously; you're less likely to get into real trouble. Daniela Solomon/Flckr Open/Getty Images

Kids say the darnedest things ... even to 911 operators. A 4-year-old boy was caught on tape asking an unusually patient emergency dispatcher for help with some math problems [sources: MSN, YouTube]. The operator walked him through some "takeaways" before his mom discovered the plot.

"What did I tell you about playing on the phone?" mom screams in the background.

"If I need help, call somebody," replies the child (mock) innocently.

"I didn't mean the police!"

You can't effectively ground a 4-year-old, but the next kid didn't get off so easy. When a Massachusetts mother told her 10-year-old son to go to bed at 8 p.m., the boy threatened to call the cops on her. When she called his bluff, the kid dialed 911, then hung up. Following protocol, the 911 operator called back and informed the increasingly incensed mom that they would have to send over a police car anyway. The boy was grounded for two weeks, which we assume included a bedtime of 5:30 p.m. [source: Graber and Bloom].

Justin Bieber Has Broken Into His House 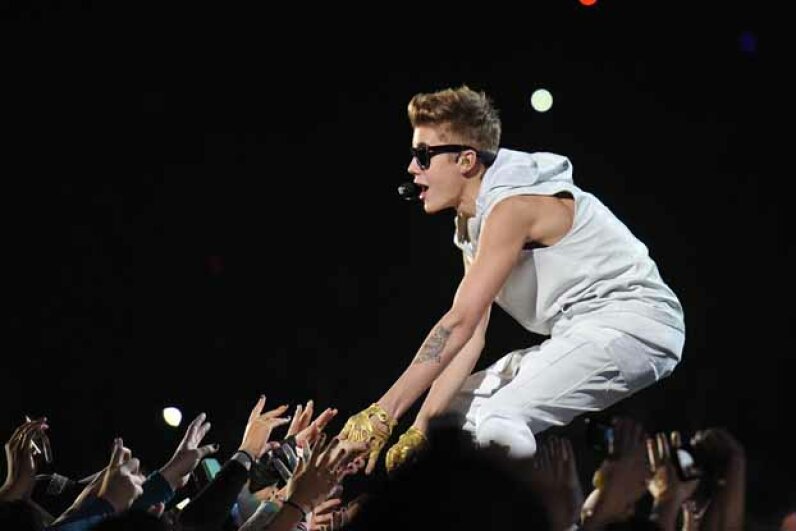 Should you really be scared of a cutout of the Bieber in a hoodie? Mike Coppola/Getty Images

A Washington man came home from work one night to a disturbing sight — a strange young man in a dark hoodie standing eerily still in his living room. Freaked out, the man called 911.

"Ma'am, I'm just standing in my road out in front. I walked to my house. I unlocked the door, and this kid is just standing in my living room staring at me," he reported shakily. "He's got his hands up on his hood. Like he's got a hoodie on and he literally has not moved a lick" [source: Tonight Show With Jay Leno]

She Reported on Herself 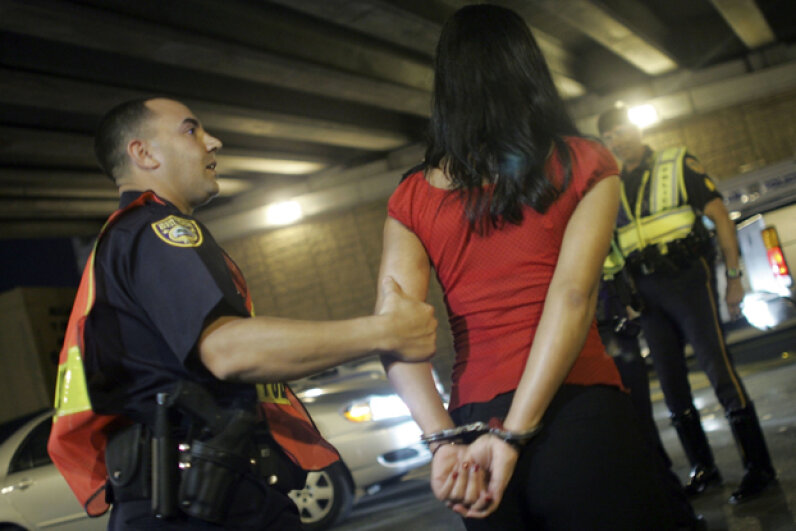 Ever feel the need to teach yourself a lesson? You can do like Mary Strey (not pictured) and report yourself for drunk driving. Strey was arrested. Joe Raedle/Getty Images

A Wisconsin woman called 911 from her car to report a dangerous driver, a perfectly reasonable reason to dial the cops.

"Are you behind them?" the dispatcher asked.

Huh, that's a tricky one. It seems that 49-year-old Mary Strey had overestimated her sobriety when she hopped behind the wheel after a long night of brandy and Cokes at the local tavern [source: Time]. Sure, she could have pulled over and called a cab when she realized the blurred reality of the situation, but apparently she felt the need to teach herself a lesson. If only more felons were more forthcoming.

For lots more weird lists and semi-useful information, check out the related HowStuffWorks links on the next page. 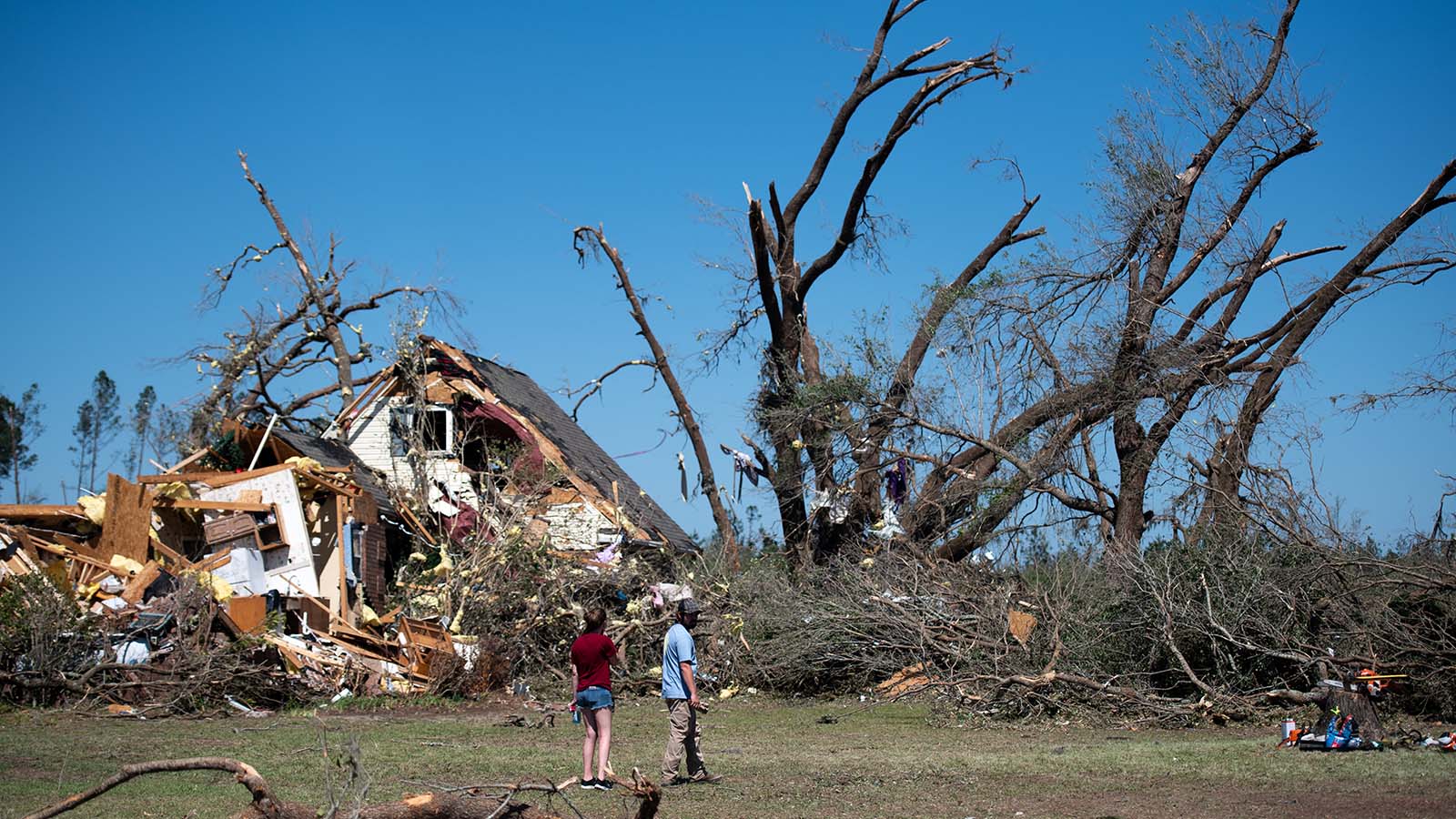