by Dave Roos
Prev NEXT
10

Daniel Kottke (L), an early Apple employee, and Ron Wayne (R) are shown after the premier of the doucumentary film "MacHEADS" at Macworld 2009. Aljawad/CC BY-SA 3.0/Wikimedia

Yup, there was a third co-founder of Apple Computers, an Atari colleague of Wozniak's named Ron Wayne. In 1976, Jobs and Wozniak were two whiz kids in their 20s with no real business experience, so they brought in the 40-something Wayne to provide "adult supervision" and help with engineering documentation.

It was Wayne who typed up the very first Apple contract, delineating each man's role in the company and their cut of the shares: Jobs (45 percent), Wozniak (45 percent) and Wayne (10 percent). Wayne even created the first Apple logo, a woodcut-style depiction of Newton under the famed apple tree.

But just 12 days later, Wayne called it quits. He knew he didn't quite fit in with the energetic boy geniuses and didn't see a place for himself — or his own ideas — in the future of the company. Plus, he was worried that he might have to use his personal assets to pay any debts they incurred (unlike the other two, he had a house). So he sold back his shares for a total of $2,300 — $800 immediately and the remaining $1,500 later [sources: Martin, Wayne].

Those shares, if Wayne had held on to them for the past 40-plus years, would now be worth close to $100 billion. That's a lot of lost zeros.

Overall, Wayne says he doesn't regret his decision and would likely have quit long before Apple reached its record-breaking $1 trillion valuation. But in a Facebook essay, he admitted that he probably should have stuck around at least until 1980 when Apple went public and Jobs and Wozniak became instant millionaires.

And then there's more bad luck for Wayne concerning his original Apple contract. Wayne kept the document in a dusty file cabinet for decades until he finally sold it to a collector in the early 1990s for $500. That very same contract sold at auction in 2011 for $1.59 million [sources: Martin]. 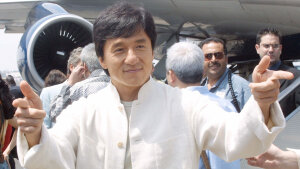