by Molly Edmonds
Prev NEXT
5 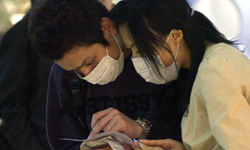 Before seeing a doctor, this Taiwanese couple will need to present their smart cards.
Associated Press/Jerome Favre

In 1995, Taiwan adopted a single-payer system of national health insurance, in which the government pays for all its citizens' coverage. In doing so, the country accomplished something that might seem impossible: Taiwan expanded coverage to cover 40 percent of the population while significantly cutting rising health care costs [source: PBS].

Much of the credit for this phenomenon is due to Taiwan's smart card. All citizens have a smart card encoded with their entire medical history. Present it to any doctor, and he or she will know every health concern you've had since you were born. Using these cards also cuts down on administrative paperwork, as medical providers can use it to bill the government directly for their services. It's worth noting that in many countries, people aren't willing to hand so much information over to their government.

Workers and their employers pay for this system, while those who can't afford the costs and veterans are provided subsidies. In return, Taiwanese are allowed to see any doctor or specialist they so choose on a plan that includes everything from traditional medicine to vision benefits [source: Reid]. Costs may be kept a little too low, though. Thanks to low administrative costs, Taiwan's system currently does not take in enough money to fund itself, and politicians are none too eager to increase premiums for fear of voter reprisals [sources: Reid; PBS].