by Molly Edmonds
Prev NEXT
7 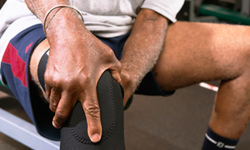 Want a knee replacement? You might have a slightly longer wait for one in Canada.
Barry Austin/Digital Vision/Getty Images

In a 2008 survey, Canadians named universal health care as one of the 10 most defining factors of Canada [source: Austen]. Such definition may be a bit of a mixed bag, if you consider some of the scary commercials currently running in the U.S. that hint that health care reform will turn us into Canada. What would such a thing mean?

All Canadian citizens have health care that is funded by income taxes and sales tax. The national government has oversight for members of the military and native people on reserves, but the 10 provincial and three territorial governments take care of the rest. The doctors and hospitals are private entities, which distinguishes the Canadian system from the British socialized medicine system, in which doctors are employees of the government. Canadian health care providers bill the government, so that citizens never see a bill or fork over a copayment for anything other than dentistry, optometry and prescription drugs. While health care costs are rising in Canada, the country currently spends less than the United States [source: Arnquist].

The most common criticism of the Canadian system is long waiting times. In the 1990s, Canada spent billions of dollars to improve these statistics, which are posted online. Wait times are longest for elective procedures such as a knee replacement [source: Bash, Jensen]. Some Canadians claim that the situation isn't as dire as it may sound on a commercial; while certain people may have had extremely bad situations, it's not representative of the country [sources: Bash, Jensen; Varney]. Other doctors, fed up with having to wait for the limited medical equipment to become available, have started rogue private enterprises to treat patients who can pay more quickly, even though such actions are illegal in Canada [source: Krauss].