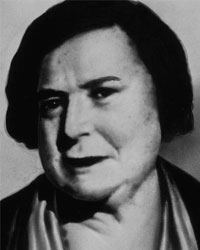 Arizona Donnie Clark was born in 1872 in Springfield, Mo., but when she died in an FBI shootout in 1935, she went down as "Ma" Barker. Ma and her husband, George Barker, had four sons -- Herman, Lloyd, Fred and Arthur -- who started out as delinquent boys and then began a criminal gang, traveling around the Midwest committing payroll, post office and bank robberies during the 1920s and 1930s [source: Jensen]. After years of her sons doing jail time and dodging arrests, the FBI finally caught up with Ma and Fred in 1935 hiding out in Florida, and the pair went down with guns blazing. The FBI had previously named Ma Barker a "female public enemy" for her alleged involvement in helping plot her sons' criminal escapades and dodging law enforcement officials [source: Jensen].

Due to the potential controversy of killing 63-year-old woman, FBI director J. Edgar Hoover helped craft the public image of Ma Barker as the mastermind behind her sons' misdeeds [source: American Experience]. Subsequent accounts from affiliated gang members later discredited that portrayal, asserting that the boys sent Ma to the movies during their law-breaking schemes. Nevertheless, Barker remains memorialized as the crime-loving mama who died with a tommy gun in her left hand [source: Jensen].