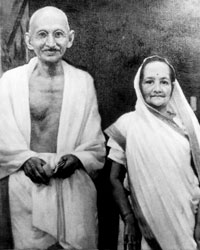 Gandhi and Katsurba had four sons before he took a vow of celibacy.
Dinodia Photos/Getty Images

Born in 1869, Mohandas Karamchand Gandhi is known as the Father of India, but his paternal legacy at home remains much murkier. Now better known as Mahatma, which means "great-soul," a 14-year-old Gandhi entered into an arranged marriage with 13-year-old Katsurba Makanji, in keeping with Indian custom. The couple stayed together for the remainder of their lives, and Katsurba, nicknamed "Ba," died in 1944, four years before Gandhi's assassination.

Before Gandhi took a vow of celibacy in 1906, he and Ba had four sons: Harilal, Manilal, Ramdas and Devdas [source: Manzoor]. Sparse accounts of Gandhi's family life describe a father who appeared more invested in the livelihood of Indian children at large that his own [source: Lal]. The oldest, Harilal, rebelled most visibly against his father's moralistic and political stances, drinking alcohol and trading coveted British clothing for cash [source: Manzoor]. In his own defense, Gandhi maintained that his detached treatment of his sons reflected his continual efforts to eradicate class privilege reinforced by the Indian caste system [source: Lal].