by the Editors of Publications International, Ltd. & Matt Cunningham
Prev NEXT
9 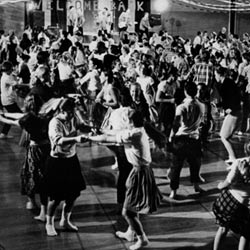 The typical high school dance of the 1950s was an informal, school-chaperoned event at which compliant teens removed their shoes and danced in their socks to protect the gymnasium floor. Nicknamed sock hops, these dances proved more than just a diversion for a generation of teens [source: 1950s Music].

A new style of rowdy pop music called rock 'n' roll, combined with the liberating freedom to remove their shoes while dancing, gave teens the inspiration to jitterbug, shake, rattle and roll in ways that went far beyond the dance moves from their parents' generation.