by Patrick J. Kiger
Prev NEXT
4 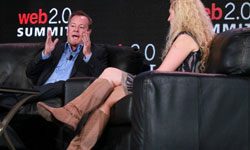 If you're a dedicated game geek, you've probably aroused dismay and disapproval from parents and peers who see controller addiction as the digital equivalent of the opium pipe -- the one that turned unsuspecting naïfs into addled fiends in Victorian horror stories. But thanks to Jane McGonigal's 2011 New York Times bestseller "Reality is Broken: Why Games Make Us Better and How They Can Change the World," you now have a legitimate comeback. The book makes the paradigm-rocking argument that the 10,000 hours the average young person spends gaming by the age of 21 is actually a positive thing.

McGonigal writes that we're drawn to video games because game designers have hit upon core truths about what makes us happy, and have created virtual environments that fill those needs adeptly, providing us with challenges, rewards and victories that are lacking in our real lives [source: Amazon.com]. In her own work, McGonigal, director of games research and development at the Institute for the Future in Palo Alto, Calif., is focused upon elevating your consciousness beyond your zombie slaughter count on "Left 4 Dead 2." She's a designer of alternate reality games -- with names like "World Without Oil," "Cruel 2 B Kind," and "The Lost Ring" -- that challenge players to solve real-world problems, such as poverty, hunger and climate change through planetary-scale cooperation. Her games have been used as brainstorming and problem-solving tools by major organizations -- the American Heart Association, the International Olympic Committee and the World Bank Institute, among others. She's staged games in more than 30 countries. McGonigal doubles as creative director for Social Chocolate, a startup that aims to create games that ordinary people can use to improve their health and well-being [source: Janemcgonigal.com].